Posted by Erik Vecere January 21, 2021
13 Lessons and Takeaways to Engage Your Stepdads
If I had a time machine, I would travel back to May 3, 2018, the day before I became a stepdad to four wonderful girls.... END_OF_DOCUMENT_TOKEN_TO_BE_REPLACED
Posted by National Fatherhood Initiative January 12, 2021
Showing Up for Fatherhood [An Awesome Podcast featuring NFI President Christopher Brown]
Posted by National Fatherhood Initiative January 6, 2021
Wyoming Pregnancy Help Center Sees Stronger Father Involvement Thanks to Technology

A Father Cannot Afford To Be Careless With His Children 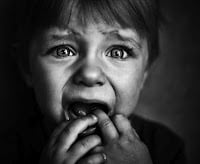 Most parents will agree that taking a small child or children into a grocery store or on a shopping trip can be a test of wills, especially if you have a curious little one. Shelves are enticements to young eyes and hands all too willing to explore  and also tear down  the displays as they walk by. Theres also the danger of your child hurting themselves darting about all the grownups and not controlling their motions as well. As tempting as it may be to leave your child in the car while you try to quickly shop, its a terrible idea waiting to happen.

One upstate New York man is learning this very lesson now after leaving his six-year old napping child in the backseat of his car  which was still running  as he went inside a convenience store this past weekend to grab a drink. An unidentified thief, seizing the opportunity, hopped into his car and took off with the sleeping boy in the back. After a countywide search, the car was found a half-hour later with the boy unharmed and still asleep. The poor little guy was so tuckered out, he slept through the whole harrowing ordeal.

Whatever this drink the father had to snag while leaving his boy asleep in the back of his car couldnt compare to the possibility of him losing his child forever. This is just a bad idea and indicative of an irresponsible parent putting their child in harms way. Naturally, the police are looking to charge the man with child endangerment and rightfully so. What if the thief was violent and hurt his son? What if a chase ensued and the thief wrecked the car with his boy still inside? The variables of the situation are not positive at all. And according to the news story, the family has already suffered tragedy involving a child previously.

I suppose its fine to be impatient at times, but when it comes to your children, a father needs to curb those feelings and remember that the main debt they owe their child is to keep them safe as possible at all times. This is especially necessary when youre out in public with your children and an occurrence of this sort is highly preventable.

As the police lieutenant said who oversaw the case said, People just run inside and figure they are only going to be gone for a couple minutes. I dont care if you have nothing in the car, or your children, lock the car up and bring your kids inside.

Or maybe, just get the items you need from the store later or with another adult to help supervise your children. Makes perfect sense to me.