Posted by Christopher A. Brown October 19, 2021
Use this Exercise to Address Gendered Parenting
In your work with parents, do you address the ways in which dads and moms interact with their sons and daughters... END_OF_DOCUMENT_TOKEN_TO_BE_REPLACED
Posted by National Fatherhood Initiative October 12, 2021
My Brother’s Keeper of Greater Richmond Provides School Backpacks on Behalf of Incarcerated Dads
Posted by Christopher A. Brown October 5, 2021
This One Tactic Could Boost Retention in Your Fatherhood Program

What Should We Do About Men? 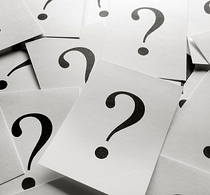 The latest sortie in our culture’s “men are unnecessary” phenomenon has come from a Boise State University biologist named Greg Hampikian.

In an op-ed published recently in the New York Times, Dr. Hampikian makes a biological argument against men: because the male role in reproduction has been made obsolete by technology, men are unnecessary.

However, he uses this biological argument to make a cultural one. He does a cost-benefit analysis and concludes, based on the fact that men are more violent and live fewer years than women, that we don’t need men anymore. Another underpinning to his argument is research that shows that children being raised in single-mother households are “doing fine.”

Dr. Hampikian’s argument is flawed for several reasons, but I will address two of the more important ones.

First is the lack of logic in the whole thing. If what Dr. Hampikian argues is true – that men contribute nothing unique or valuable to the human race – then wouldn’t his very article be dismissed as irrelevant and unnecessary? After all, he is a man and had his opinion published, implying that there is something unique and valuable that he has contributed to society. Therefore, his argument is self-defeating.

Second, and most important, is Dr. Hampikian’s glossing over of the three-plus decades of social science research that have all but proven that fathers play a unique and irreplaceable role in their children’s lives. He cherry picks research from Sarah McLanahan, which, when inspected closely, is not as cut and dried as Dr. Hampikian wants you to believe. Dr. McLanahan’s research was on low-income, high-risk families – referred to as “fragile families” – so, of course, poverty was a primary concern for these families. But in her large body of research over many years, McLanahan explores, in depth, the contributions of fathers beyond another paycheck.

Furthermore, there is an enormous body of academic research out there, readily accessible by someone like Dr. Hampikian, that shows that across every measure of child well-being, independent of family income, fathers contribute something important. We cite a small sample of that research here.

The most troubling part in all of this is where this sort of logic can lead us – ideas have consequences. Could we not argue, using Dr. Hampikian’s scary and flawed cost-benefit analysis model, that there are “unnecessary” races or groups on the planet that could be eliminated? Isn’t that the calculus the Nazis used to justify the elimination of the handicapped? As a black man, this sort of thinking sounds all too eerily familiar.

Or can we afford, in a world where hundreds of millions of children are growing up in father-absent homes, to give men yet another reason to check out of their responsibilities as dads, even if those responsibilities are only financial? Take the black community. In too many of our neighborhoods, astronomical rates of father absence – over 80% in the worst cases – are making life very challenging for too many children. They are more likely to be poor, use drugs, fail in school, be abused, and face a whole host of other risks. If Dr. Hampikian takes a closer look at those neighborhoods, I am certain his vision of a men-free, and consequently father-free utopia, would take a big hit.

Since the chances of us ever seeing a women-only world are extremely low, the important question is not “are men necessary?” but “what does society require of the men who inevitably will exist?” It is a binary choice – we either encourage and inspire them to take seriously their responsibilities to society and to their families, or we expect nothing of them because they are essentially useless. I would not want to live in a world in which we decide the latter.

But, then again, if Dr. Hampikian had his way, I won’t have to.