One Father (and Community) at a Time

The following is a post from Christopher A. Brown, Executive Vice President of National Fatherhood Initiative (NFI). If you are interested in writing for us, send us an email.

Now that the presidential election is over, pundits have taken stock of what the candidates did well and didn’t do well that led to victory and defeat, respectively. A lot of it is standard stuff—who made gaffes, did well or not so well with specific demographic groups, etc. Others, however, provide unconventional wisdom that gets folks to think differently. Jim Clifton, CEO of Gallup, provided such wisdom in a recent blog post. 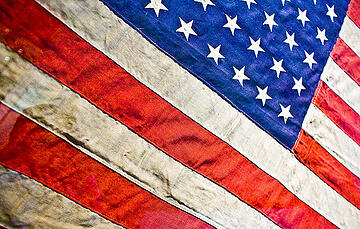 Jim’s position as the head of, arguably, the most successful polling company in history places him in a position of authority regarding elections. Of this recent election he says, “Throughout this year’s long election season, I was often asked: ‘Who will be better for jobs and the economy, President Obama or Governor Romney?’ My reply most surely disappointed partisans from both sides: The president of the United States doesn’t make as much difference in terms of creating economic energy as you’d think, according to Gallup data.” Jim says that local leadership in cities is much more important to economic and job growth. He uses examples of similar cities with vastly different unemployment rates and economic growth to make his point. The differences, he notes, rest on the qualities of the leaders in those cities.

So what, then, is the role of national leaders? To provide an environment that helps local leaders to create good economies and jobs. This fact isn’t lost on many national leaders. The problem is that they have different ideas about how to create that environment, and those differences often lead to a dangerous game of chicken as the looming fiscal cliff illustrates, but I digress.

As the nation’s preeminent fatherhood organization, National Fatherhood Initiative (NFI) understands and embraces its role in creating an environment that helps local leaders in all sectors of society to increase the involvement of fathers in the lives of children, and the benefits that involvement brings to communities and our nation. How do we do it? With a laser-like focus on our 3E strategy—educate, equip, and engage.

We educate all Americans, especially fathers, about the important role of fathers through public awareness campaigns, research, and other resources. We equip fathers and develop leaders at the national, state, and local levels with the tools (e.g. curricula, training, and technical assistance) they need to create a culture, programs, and services that encourage father involvement. We engage every sector of society through strategic alliances and partnerships. This strategy guides our day-to-day decisions and reflects our commitment to children, father, families, and our nation.

Critical to NFI’s success is that we’re not static. Our strategy has evolved as the needs of fathers and local leaders have changed. NFI began as a public advocacy organization in 1994. The main thrust of our early years was to meet with national politicians on both sides of the aisle to argue for father-friendly legislation, convene local fatherhood practitioners via national summits on fatherhood so they could learn from each other, and partner with the Ad Council to launch a PSA campaign that garnered more than $600 million in donated placements. As awareness of fathers’ importance increased so too did the need among fathers and community-based organizations for high-quality, research-based tools that help fathers become more involved. In 2000 we started to add resources (e.g. curricula), training, and technical assistance to meet that need. Since then NFI has developed more than 100 unique resources, distributed more than 6.1 million of them, and trained more than 12,000 practitioners from more than 5,600 organizations.

As we near the end of our second decade of existence, we continue to evolve in new and exciting ways, but with our eyes fixated as always on meeting the needs of fathers and the organizations that serve them. That’s our commitment to every father, mother, child, and community. Jim Clifton of Gallup says, "Whether the country makes a historic comeback or slowly goes broke, it will do so one city at a time." At NFI, we agree with Clifton; and we also think our country's comeback has something to do with fathers.