Posted by Christopher A. Brown February 23, 2021
How Fatherhood Programs Can Get into the 2Gen Game
One the most recent and fastest-growing efforts to strengthen families are two-generation (2Gen) programs and... END_OF_DOCUMENT_TOKEN_TO_BE_REPLACED
Posted by National Fatherhood Initiative February 16, 2021
After jail: DeAndre McCall's fatherhood awakening
Posted by Christopher A. Brown February 9, 2021
What 713 Dads Say About InsideOut Dad® Provides Further Evidence for Its Effectiveness

This past Saturday night, Robert "The Ghost" Guerrero entered the ring with Floyd "Money" Mayweather, Jr who then stood undefeated at 43-0. After the fight, Mayweather stands undefeated at 44-0. 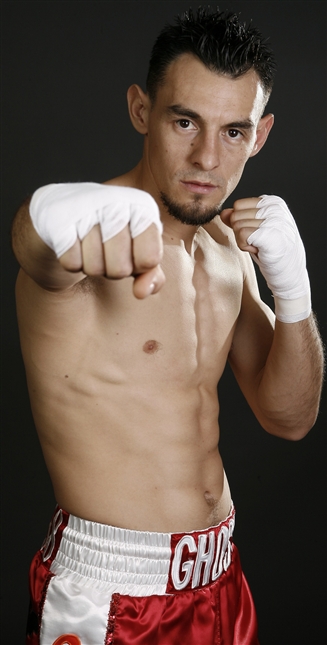 We at NFI followed this fight because everything we knew of Robert Guerrero pointed to him being a great example of an involved, responsible and committed husband and father. Anytime we can highlight great examples from sports and entertainment, we will. We think dads and husbands can learn by seeing real examples within others' life stories.

As someone who hasn't really followed boxing since Mike Tyson's Punch-Out!, I found Guerrero's story to be inspiring. He made me think about what "a true warrior" really looks like today. He reminded me of three things that make a true warrior—lessons I hope to live by as a husband and father. Here they are...

1.  A True Warrier Isn't Defined By His Day Job.
No matter the stage of life, your job shouldn't define you. This is especially true if you have a job you love; it's much easier to define yourself by your job if you like it. That's a problem. Watching Guerrero's interviews over the last few weeks reminded me as he said himself, "Boxing is what I do, not who I am." Dads, are you defining yourself with your position at the company? In a day when I've heard marketing heads at brands say repeatedly, "Men don't define themselves by being fathers and husbands", Guerrero seems to live by a different, better standard.

2. A True Warrior Keeps His Family Close.
It's undeniable from seeing Guerrero's story that he was and is a good husband and father. From sacrificing his career in order to take care of his wife to being involved with his children, Guerrero could easily distance himself from family given his talent as a boxer. He could spend a fortune on a different team that isn't family. For instance, his dad is his trainer. I'm fairly certain Guerrero can afford to have other trainers. But he understands that his father is the best for him. Guerrero picked his team with family in mind. Dads, have you picked your job or lifestyle with your family in mind?

3. A True Warrior Hates Losing More than He Loves Winning.
I saw a postfight interview where Guerrero, tired and drained from just finishing 12 rounds with Mayweather says, and I'm paraphrasing, "I'd like to get in the ring with Mayweather again. I hear he has a contract for five more fights!" That's a fighter right there. Guerrero likes to win, but he hates to lose. Dads, do you hate to lose? "Losing" for dads could mean a number of things, but might I suggest, we lose if we aren't being 24/7 dads for our kids. In order to be involved, we must hate not being involved so much that we actually plan and do things to be involved.