Posted by Christopher A. Brown January 25, 2022
How to Help Dads to Help Their Kids Avoid ACEs
Have you heard the term “adverse childhood experience?” An adverse childhood experience (ACE) is an experience in... END_OF_DOCUMENT_TOKEN_TO_BE_REPLACED
Posted by Melissa Steward January 19, 2022
Give this One Thing to New Dads to Bring Them in Right from the Start
Posted by National Fatherhood Initiative January 11, 2022
How Effective Are Programs Supporting Unmarried, Nonresidential Fathers?

The following is a post from Tim Wright. Tim is Pastor at Community of Grace and author of Searching for Tom Sawyer: How Parents and Congregations Can Stop the Exodus of Boys from Church. A version of this post originally appeared in Huffington Post. Interested in blogging for us? Email here.

These are interesting days to be a dad. On the one hand, research overwhelmingly tells us that dads play an essential role in the lives of their sons and daughters. On the other hand, certain voices in culture not only question the necessity of a dad, but insist that dads are obsolete. This past Father's Day, CNN featured a debate on this question: Are some kids better off without a dad? (Can you imagine a similar debate about motherhood on Mother's Day?) 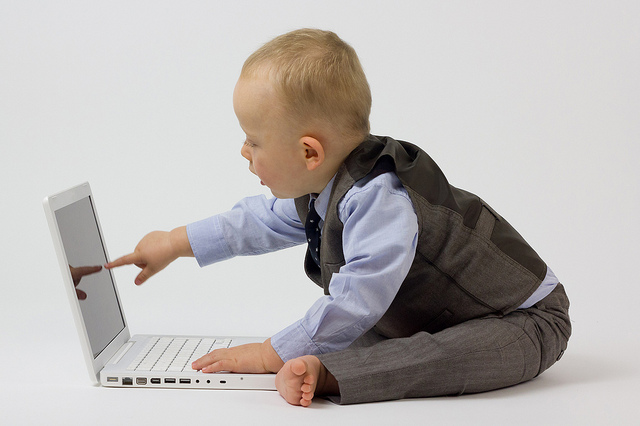 Deadbeat dads. Absent dads. Father wounds. Dumbed-down TV sitcom dads. The labels are not handsome. But increasingly, they seem to ring true. Too many dads have dropped the fatherhood ball. Perhaps we need to start the process earlier -- in fact, much earlier, when potential dads are still boys.

Much of what a father does or does not do is "built" into him as he grows into manhood. The values he embraces, the parenting he receives and the decisions he makes are the materials of future fatherhood. Denny Coates (Conversations with the Wise Uncle) reminds us that the thinking, reasoning, critical part of the brain develops in kids in their teen years. How they use their brain and what they put into their brain during those years will set the course for the rest of their lives, including parenting.

Sadly, the building process for boys is often counter-productive to equipping them for great manhood, let alone fatherhood:

The good news: We can reverse that storyline. In addition to giving men the tools they need to be great dads, we can start building great dads now by training our boys in the art of fatherhood.

Here are a few ways to get started:

Give boys a heroic vision for manhood. A vision built on honor, courage, commitment, sacrifice, love, compassion, forgiveness, wisdom and grace. This happens through mentoring, teaching, correction and rites of passage programs.

Give boys purpose. As we see a boy's emerging gifts and talents, affirm them in him. What he's good at is a powerful clue to his purpose for life. (See Michael Gurian: The Purpose of Boys)

Give boys masculine energy. In their report, Wayward Sons: The Emerging Gender Gap in Labor Markets and Education, Thirdway.org looks, in part, at the impact of boys being raised without dads. In addition to listing the often cited downsides for boys without a dad, the authors offer this unique perspective: If children aim to emulate adult roles of their same-sex parent, then girls may increasingly expect to fully support both themselves and their children, whereas, conversely, males may come to anticipate a less central or more transient role. (p. 47). In other words, girls being raised by mom see that raising children and working outside of the home are what women do. Boys raised by moms see no role for the male in the family and more often than not live down to that level. Dads are built by dads. So, the key to building great dads is to surround our boys with great dads -- their own dads and/or other men -- who can model responsibility, love, compassion, and fatherhood to these dads in the making.

The secret to that kind of a dad: Start building him early, when he's still a boy.

Is the answer to creating a better dad 'starting earlier'? Why or why not?