Posted by National Fatherhood Initiative October 12, 2021
My Brother’s Keeper of Greater Richmond Provides School Backpacks on Behalf of Incarcerated Dads
This post is a recent press release from My Brother’s Keeper of Greater Richmond who runs NFI's InsideOut Dad® program... END_OF_DOCUMENT_TOKEN_TO_BE_REPLACED
Posted by Christopher A. Brown October 5, 2021
This One Tactic Could Boost Retention in Your Fatherhood Program
Posted by Christopher A. Brown September 28, 2021
How to Deliver a Fatherhood Program in a Housing Authority

This post is from Torrey Maldonado. Torrey is a teacher and author with a passion for Young Adult & Middle Grade literature. His debut novel is based on his and his students’ struggles with masculinity, their dads, and has inspired Fatherhood series by bloggers, book clubs and in schools. Visit him online at TorreyMaldonado.com. Follow Torrey on Twitter @torreymaldonado. Interested in blogging for us? Read our guest blog guidelines.

My upbringing was similar to my dad’s. As boys and tweens, we both were drowning, socially, academically—you name it. We both were on-course to becoming our dads. We both didn’t want that, but felt it was inevitable. My father became his dad. I didn’t. 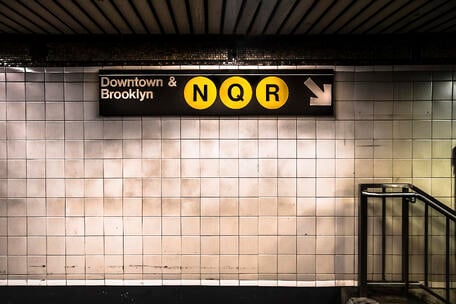 Today, I’m different than them, and my father told me before he died that he was proud of who I became.

One song reminds me of him: Poppa was a Rolling Stone. He also was what people call a “hard rock”, usually tough-as-nails. Those are two more prominent memories of him: he either wasn’t around enough or came on too strong.

I’m describing my father, his father, and a lot of my friends’ fathers. If we toured my old neighborhood, you’d see the number of dads who “disappear” and who are “hard rocks” is so huge that if they sat on each other’s shoulders, a guy-ladder would tower into space.

Is this way of being guys’ faults? Across the U.S. a stereotype of macho manliness is celebrated that puts down guys as effeminate if they’re open and affectionate. It’s not a current phenomenon; in 1963 Frankie Valli and The Four Seasons had a hit, Walk Like a Man. That song made “hard rock” manliness as stylish as it is today. Before that, music and other media stylized macho-manliness—cowboys in black-and-white movies, knights in fairy tales, and so on. For maybe centuries now, men have embraced a popularized masculinity while leaving women to be emotional caregivers.

I was born and raised in Brooklyn’s Red Hook projects. A timeless rule there and in other tough neighborhoods is that the strong survive. Being a “hard rock” and projecting strength isn’t just stylish—it’s a survival tactic. In the 1980s, males felt they needed hard bravados as a flood of drug-activity made Life magazine call us “The Crack Capital of America.” Our neighborhood still has a major drug problem, which means males still need to project strength to avoid surrounding violence.

On one hand, the ethos “Walk Like a Man” helps guys survive; on the other hand, that prompts us to shelve being emotional caregivers. That motto helps continue what I call “The Boy Crisis” (the widespread retarding of male development—socially, academically, and professionally—by discouraging males from being affectionate and showing all sides of ourselves).

I survived "The Boy Crisis"; my father didn’t.

My dad didn’t marry women he impregnated; I married one woman, then we planned our parenthood.

My father disappeared—physically and emotionally—on his children; I have one child for whom I am very present.

My dad was a “hard rock” 24/7; I work hard to show my daughter my soft-side, scared-side, and all-sides.

I love my father despite the conscious and unconscious hurt that came from his absence and stoniness. His few good sides show in things I do.

One factor that helped me steer in a different direction was “Uncles.”

My mom introduced me to men who weren’t blood-related, but helped me weather storms of limiting messages about manhood.

These “Uncles” were unlike my dad.

They didn’t disappear. They let me sit with them for as long as I wanted, and I did—sometimes just to watch them interact with each other and the world.

On the corner, my Puerto Rican Uncle Danny had only four fingers on one hand from a Vietnam-injury. He had the strongest handshake and the gentlest heart. (My mom hoped I would pick up his gentleness.)

At a local garage, my African American Uncles—Archie and Joe—modeled routines, wearing their work-uniforms even afterhours. (My mom hoped I would embrace their solid work ethic).

At the cleaners, my mobster-sounding Italian Uncle Carmine described females with complete respect (My mom hoped I would absorb his pro-feminism.).

These “Uncles” were different from each other, yet similar.

They shared a common belief about fathering: Dads shouldn’t withdraw from their children, even if they leave their child’s mother. They said to admire males on TV or from the street, but to ultimately be you. They gave me “change”—probably fifty cents one day, one dollar another—but, wow, the comics, candies, and things I bought!

It all added up. Despite my dad disappearing, my community in crisis, and societal pressures to conform, each man gave me more than “change”—they gave me safe spaces and guidance for me to change.

They presented different sides of manhood and added the best of themselves to the best my father could model and I eventually created a mosaic of masculinity from their examples.  These “Uncles” helped me transform from an academically and socially drowning boy to becoming a celebrated teacher, a published novelist, and a present husband and father.

As a boy, I once told my mom that I wanted to be like my uncles—all of them—White, Black, and Latino. She said I could. I wondered how.

In time, I learned a man doesn’t have to be one-sided. That idea drives my fathering and threads through my novel, Secret Saturdays. That idea is what made my upbringing similar to my father’s, but not my outcome. Our boys could benefit from fathers but if their dads disappear or model what ultimately stifles their growth, then positive “Uncles” are a great tool to ensure boys become men and fathers with many good sides to show.