2014 is a special year for us at National Fatherhood Initiative. It marks our 20th year of working to “change fatherhood” by ending father absence and connecting fathers to their children, heart to heart.

At NFI, we truly believe that Fatherhood Changes Everything. From poverty, to crime, to school achievement, to child abuse – every issue we care about is affected by whether or not a child has an involved, responsible, and committed father in his life. So, we are convinced that when we connect a father to his child, heart to heart, lives change, communities change, and our entire nation is transformed. 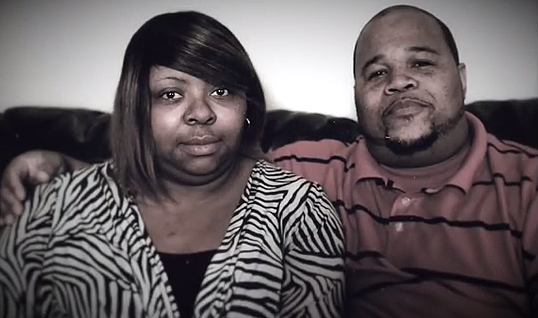 Since that is a lot to get your head around, we’ve made it a lot easier for you to understand NFI’s impact through the stories we will tell you throughout the year. Each story will show how NFI’s programs affect an individual life.

On that note, here is our first video of our “Fatherhood Changes Everything” series. Each of the videos in this series was created from the book “Choosing Fatherhood: America’s Second Chance,” a photography book created by Lewis Kostiner. Lewis spent years going around the country, photographing dads who were going through NFI’s programs at community-based organizations in their neighborhoods. The result was a compelling photo essay telling the stories of dads working hard to make their children’s lives better.

In this first video, we spotlight John Thomas (father of five), who attended an NFI workshop in his community to help himself be the best dad he could be. His powerful statement is a great reminder to dads, as we start off a new year, about the vital role we play in the lives of our children and our society.

"There is a certain point in our lives where we really need to come to grips with who we really are. And, by doing that, I believe that we as men, globally, would then be better understood or begin to present ourselves in a fashion to where people would respect us more as being men and fathers. If we begin to encourage the things that the fathers are doing and not so much beat up on them with what they are not doing, I can guarantee encouraging a man releases some stressors in our lives that we will be more effective as men and fathers. So I encourage all men to come out—fathers, fathers-to-be, and men thinking about becoming a father. There is nothing like preparation now. Something may take place in a man's life, and they have a child. It wasn't planned, but they have a child or a seed. So let's get hold of the concept of what a father is. And if men marry into a family where a woman already has children, they know how to be a father." —John Thomas (Milwaukee, Wisconsin)

How has fatherhood changed you? How have you changed the perception of fatherhood in your community?