Posted by Christopher A. Brown February 9, 2021
What 713 Dads Say About InsideOut Dad® Provides Further Evidence for Its Effectiveness
A study of 713 incarcerated dads by researchers at Utah State University says a lot about the effectiveness of National... END_OF_DOCUMENT_TOKEN_TO_BE_REPLACED
Posted by Ave Mulhern February 2, 2021
Paving the Way for Fathers to Find Their Purpose
Posted by Christopher A. Brown January 26, 2021
Why You Should Use Understanding Dad™ to Improve Coparenting

5 Myths Dads Have About Fatherhood Programs

Facilitators across the country have shared with me consistent challenges they’ve faced with dads’ attitudes about fatherhood programs. I’ve categorized these challenges into 5 myths that can help you more effectively recruit and retain dads in your programs. 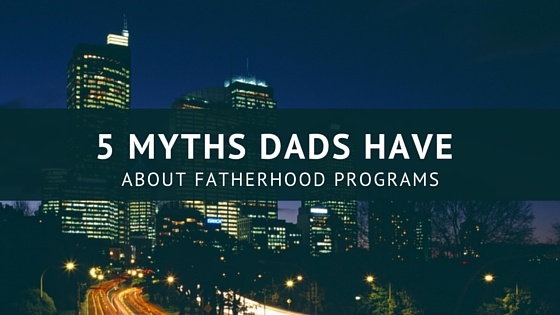 Myth #1 – This is a group for men who are not good dads. Some dads see fatherhood groups as a clinical intervention that is only meant for absent, uninvolved dads. You should emphasize in your verbal and printed messages that the program is for any dad looking to be a better dad regardless of their current relationship status with their children.

Myth #2 – I’ve made too many mistakes and can’t be a good role model now. Some dads haven’t been involved with their children in years and may question how they can be good role models now. Emphasize that the only thing these dads can control is right now. As dads begin to build their fatherhood and relationship skills, they will increase the probability for healthy interactions with their children in the future. Everything they do from this moment on will define what kind of role model they become for their children and reinforce how to make healthy changes.

Myth #3 – I can’t become a better dad because I don’t have access to my children. Some dads live far away from their children or may be incarcerated. The natural reaction is to think they wouldn’t be able to apply what they learn from a fatherhood program. Encourage these dads to:

Myth #4 – I don’t need to participate in all of the program sessions. Many dads find it difficult to commit to the 8 – 12 sessions that make up most fatherhood programs and may even think all of those sessions aren’t necessary. You can emphasize at the beginning of the program how each session builds off of the other and that you have an expectation dads will attend every session. Some programs will drop participants if they miss a certain number of sessions. For dads who miss an occasional session, you can provide a one-on-one session to cover the key concepts that they missed to keep them up to speed. NFI’s 24/7 Dad®, InsideOut Dad®, and Understanding Dad™ programs have been used in both group-based and one-on-one settings effectively.

I hope you are better able to identify and address these myths with the dads you serve. As a result, you may find more dads joining and coming back session after session.