Posted by Christopher A. Brown January 25, 2022
How to Help Dads to Help Their Kids Avoid ACEs
Have you heard the term “adverse childhood experience?” An adverse childhood experience (ACE) is an experience in... END_OF_DOCUMENT_TOKEN_TO_BE_REPLACED
Posted by Melissa Steward January 19, 2022
Give this One Thing to New Dads to Bring Them in Right from the Start
Posted by National Fatherhood Initiative January 11, 2022
How Effective Are Programs Supporting Unmarried, Nonresidential Fathers?

How to Address the Insane Rate of Incarceration in the U.S.

The U.S. has the highest incarceration rate in the world. How sad that we lock up a greater percentage of our citizens than any other country.

A report released in late April by the National Research Council (NRC) paints a bleak picture of just how focused our justice system is in making sure we put away the bad guys:

Perhaps the most shocking statistic is that: 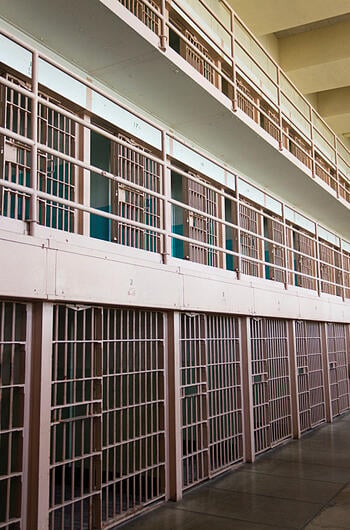 Even more damning is that the report concludes we've reached the point where the costs of incarceration to society outweigh the benefits.

One of the most thoughtful authorities on the U.S. justice and penal systems is Nancy La Vigne, director of the Justice Policy Center at the Urban Institute. In blogging about the NRC's report, La Vigne mentions several reforms that could reduce the growth of incarceration. She calls for the testing and implementation of evidence-based alternatives to incarceration. Some 17 states, according to La Vigne, are implementing data-driven reforms that show a lot of promise.

But in addition to reforms like these, which will take years if not decades to spread across the country, what can we do now to address this madness that is cost-effective and, dare I say it, simple? The answer starts with acknowledging that we must do more to reduce the number of individuals who go to prison in the first place and reduce the likelihood that those who are already incarcerated will return to prison. Accomplishing both of these reductions requires addressing the intergenerational nature of incarceration (i.e. children of incarcerated parents are more likely to become incarcerated themselves).

We know from research former inmates are less likely to return to prison if they have strong connections to their families while in prison and upon release. Therefore, one of the most promising approaches to tackling both of these reductions is the integration of fathering training into behavior-change programs before and after release. After all, the vast majority of inmates are men (93 percent), many of whom are fathers. Building strong bonds between fathers and their children is vital to achieving these reductions.

The good news is that leaders in the U.S. justice and penal systems recognize the need to build strong families if we're to effectively rehabilitate individuals and stem the tide of incarceration. National Fatherhood Initiative (NFI) has been working with federal prisons, state departments of correction, and local corrections systems to integrate fathering training into prison-based and re-entry programs across the country.

Twenty-five states have standardized on our evidence-based InsideOut Dad® program as a vital part of their prison-based and re-entry efforts. Many states and local agencies use a combination of InsideOut Dad® as a pre-release program and 24/7 Dad® as a post-release program. (For examples of how states and communities use our programming for inmates and former inmates, review these case studies.)

More good news is that it is extremely cost effective to implement fathering training and resources. It costs less, for example, for NFI to train facilitators to implement InsideOut Dad® in 15 facilities and serve 500 fathers than it costs many states to incarcerate a single father for an entire year...and with money left over! Moreover, our fathering programs and resources are simple and easy to learn and implement.

What have you done to address the rise in the incarceration rate? What role does fathering training play in your efforts?