Cause Marketing and Corporate Sponsorships

National Fatherhood Initiative® is the country’s most influential fatherhood organization. We’re in the fabric of social service and community-based organizations across the country to which fathers, mothers, and families turn for help.

Because one in three children (24 million) in America will sleep tonight in a home without their father, seeking to end father absence is one of the most socially responsible acts to which a company or brand can commit. Through cause marketing and corporate sponsorship, we take your voice on the importance of involved fathers beyond commercials and ad campaigns to a place of societal impact that makes a tangible difference in the lives of children, parents, and communities.

Through events, skill-building programs and products, and our digital and social media platforms, we channel your cause marketing and sponsorship efforts to improve the lives of families in every state and in the most diverse communities in the country.

Helping fathers and families aligns with your customers. The vast majority of Millennials, 4 in 5, are more likely to do business with a company that supports a cause they care about. And they care about parenthood. More than half of them say that parenthood is one of the most important things in life.

Marketing to dads helps combat of one of the most consequential social problems of recent decades—widespread father absence in the lives of children.

Helping fathers is helping families and communities. When you help fathers be the best dads they can be, you respond to the belief among 75 percent of Millennials—the largest generation of consumers the U.S. has ever seen who represent most of today's new and young parents—that corporations should create economic value by addressing society's needs, and for their preference to do business with socially-responsible companies.

What Your Brand Can Do for Fathers, Families, and Organizations

The greatest challenge social service and other non-profit community organizations face is lack of funding to acquire resources and training for the families they serve. NFI itself is a non-profit organization and builds the capacity of these and other organizations across the nation, allowing you to make a major difference where it counts.

For Fathers and Families > Donating to NFI’s general operations allows NFI to continue educating, equipping, and engaging society in the following ways:

For Organizations > Donating to NFI can help distribute existing resources (low, medium, and high-intensity) to organizations that serve fathers and families in specific markets in the following ways, including:

Below are examples of brands that have shown fathers and families they care, and that it’s good business to partner with NFI.

NFI is proud to be partnered with MacDaddys, a cookie company founded by Cory Brysman in honor of his dad. Corey’s dad started baking cookies in 1978 on a whim -- mainly because Corey’s mom had a sweet tooth and he felt he could make a tastier, healthier version of what she was buying at the store at the time. He quickly realized he was on to something special when other people tasted them and were pretty impressed!

Upon launch of Macdaddys, Cory sought out a father-focused on-profit to partner with, and NFI was a great match!

Use code "FATHERHOOD" at checkout for 20% OFF your order! 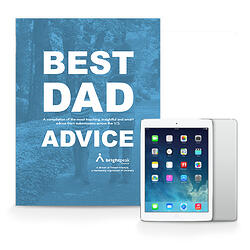 In 2014, National Fatherhood Initiative (NFI) and brightpeak financial® launched a web-based campaign which included a series of financial blog posts with each post containing helpful material related to dads and money management. The campaign was a multi-week campaign that included web, email, and social media marketing with custom content created by brightpeak financial® and published orginally by NFI.

NFI recieved great feeback from brightpeak financial® on this campaign that consisted of the following:

NFI marketed the original blog content in its email and social media channels. brightpeak financial® received follow-up emails and hundreds of downloads from NFI readers as a result of the campaign. brightpeak financial® gave feedback speaking of the partnership saying, “NFI was invested from the start and help customized our content to fit their audience. NFI was easy to work with, creative with our content…and we would partner with them again."

fodada® > for the best dada in the world 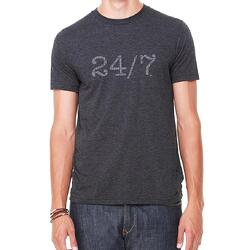 NFI is proud to be partnered with fodada®, a socially responsible clothing line “for the best dada in the world”. fodada’s® goal is to provide quality fashions that dads can wear that recognize their important role as a father. fodada® uses the sales of their clothing line to fund no-cost programming important to dads and families.

Recently, fodada® launched the "fodada Color Beneficiary Initiative" through which they give back to select non-profits from customer purchases of certain “color lines”. Further, fodada® created a brand-specific shirt for NFI in the color charcoal. 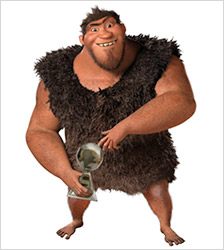 National Fatherhood Initiative partnered with 20th Century Fox® and DreamWorks® to promote the father-friendly film, The Croods. NFI built a customized landing page on its website, promoted the film in its weekly email, and wrote about the film’s fatherhood themes on its blog, website, and social media channels. This custom content creation strategy was used to generate enthusiasm for the film as one that has something important (and entertaining) to say about fatherhood.

NFI’s social media and web-based outreach touches over 125,000 contacts per month, giving The Croods significant exposure during the weeks leading up to its release.

To celebrate the positive portrayal of fatherhood by the main character, Grug, NFI releaesd an official press release announcing the Fatherhood Award presentation nationally and NFI presented the animated character with our Fatherhood Award™ at a pre-screening of the film in New York City, in partnership with The Moms. NFI presented the award to the director of the film (as Grug could not be there in person). The event received significant social media exposure and photos were serviced to the media. 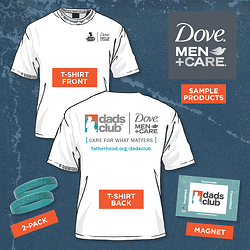 National Fatherhood Initiative (NFI) and Dove® Men+Care re-launched NFI’s longstanding membership club, the Dads Club™, as a re-envisioned NFI/Dove® partnership. The club is now referred to as “Dads Club™, Made Possible by Dove® Men+Care,” and the membership kit, which included:

The partnership was officially announced at the 2013 Dad 2.0 Summit in front of an audience of the country’s most prominent bloggers and brands seeking to reach fathers. All fathers in attendance at the Summit were given complimentary Dad Club™ memberships, and encouraged to use the hashtag #DadsClub on Twitter throughout the Summit and beyond.

Through their social media portals, NFI and Dove® Men+Care promoted the Dads Club™ as a way for dads to:

Over the course of a year, NFI and Dove® engaged celebrities, athletes, and other VIPs by sending them complimentary Dads Club™ memberships and encouraging them to use their influence to inspire others to get involved. 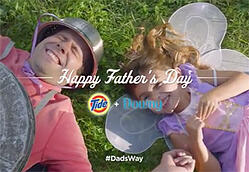 For Father’s Day 2013, Tide® and Downy® launched a Twitter-based campaign in which every use of the hashtag #DadsWay resulted in a $1 donation to National Fatherhood Initiative. The hashtag itself was intended to reflect that dads do things differently – and that’s ok!

The campaign was anchored by a national television spot featuring the #DadsWay hashtag in the commercial’s end frame, and a voice-over stating that proceeds would benefit National Fatherhood Initiative. In addition, Tide®/Downy® recruited dad bloggers to use their social media influence to promote the campaign across blog and social media platforms. Each of the daddy bloggers wrote personal blog posts reflecting on what #DadsWay means to them, and then shared those thoughts and others on Twitter to generate impressions for Tide® and Downy® via the hashtag.

NFI promoted the use of the #DadsWay hashtag throughout the duration of the campaign to raise awareness of the importance of involved, responsible, and committed fatherhood and as a simple way to support NFI’s work. NFI also posted two personal blogs about NFI dads’ fatherhood experiences, and a third promoting a #DadsWay Twitter party. 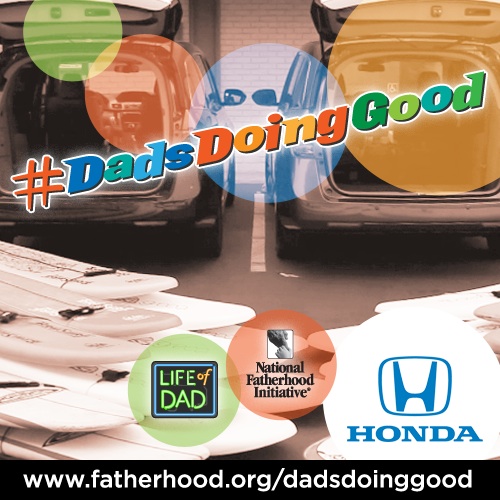 In 2014, NFI and Honda® launched a YouTube, web, and social media campaign called Dads Doing Good, which included a series of videos featuring the Honda® Odyssey as dads conducted child-centered community service projects across the greater Los Angeles area. The campaign was a multi-week series that included video, web, email, and social media marketing with custom video content created by Life of Dad.

NFI received great feedback from the communities involved in this campaign. The video series featured dads using the new Honda® Odyssey in many useful and versatile ways:

National Fatherhood Initiative partnered with Fedex® to promote responsible fatherhood. NFI asked “What do FedEx® and good fathers have in common?” They are reliable, trustworthy, available, and right on time for the most special of delivery of all!

NFI and Fedex® built the special “Daddy Pack” that included several of NFI’s top products and resources and Fedex® promotional materials. This special partnership was promoted across all website, email, blog, and social media channels. This custom content creation strategy was used to inspire and engage dad with skill-building tools to help dad and family during the most exciting, scary and often stressful time of life—birth of a new baby.

NFI and Nissan® partnered on the Innovation for Fatherhood campaign, providing fathers with practical tips and resources to help them get the most out of the family car. Through this cause marketing campaign, Nissan® demonstrated that it was the car brand that cared most about dads.

Jon Brancheau, Vice President of Nissan® Marketing, remarked about the partnership with NFI, "Nissan® recognizes the important role fathers play in the lives of their families…Being a parent is the most challenging and yet rewarding job on the planet. At Nissan®, our job is to support dads by designing and building vehicles that help meet their families' transportation needs in the most safe, efficient and stylish way."