Posted by Christopher A. Brown January 31, 2023
The Value in Customizing a Fatherhood Program
There’s a lot of emphasis these days on implementing fatherhood programs with fidelity. Indeed, many funders of... END_OF_DOCUMENT_TOKEN_TO_BE_REPLACED
Posted by Ave Mulhern January 24, 2023
A Few of My Favorite Things… and they are FREE!
Posted by Christopher A. Brown January 17, 2023
How Father Involvement and Bi-Strategic Parenting Positively Affect Children’s Brain Development

Part 1: A Family-Centered Model for Enhancing Maternal and Child Health Through Fatherhood Programming 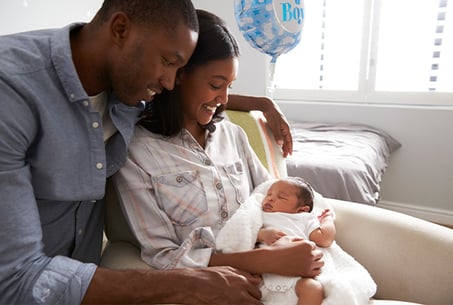 This post is the first in a two-part series written by Barre Morris.

As one of the largest not-for-profit health systems in Southeast Texas, Memorial Hermann Health System (Memorial Hermann) is redefining health care for the individuals and many diverse populations they serve in the Greater Houston, Texas area. Our partnership with National Fatherhood Initiative® (NFI) is enhancing that effort.

Equity, Diversity, and Inclusion (EDI) are crucial aspects in achieving Memorial Hermann’s mission of creating healthier communities, now and for generations to come. As part of our EDI efforts, Memorial Hermann formed a Health System Council, which is tasked with developing programs to improve care access and utilization among diverse populations, providing guidance on diversity issues affecting patient care experience, and outcomes and implementing methods to improve the cultural competence of our clinical staff.

I am a certified Project Management Professional (PMP) and have worked within Memorial Hermann for the past five years as a Project Manager.  I am a member of Memorial Hermann’s EDI Employer Council helping to identify and understand the relationships between health inequity, maternal and child health outcomes, and employee implicit bias. I am now leading a Quality Improvement Project for Memorial Hermann to increase the percentage of pregnant women who receive early and adequate prenatal care while applying a family-centric approach to perinatal parent education.

Each year, Memorial Hermann’s 17 hospitals and 30 Primary Care clinics (6 Ob/Gyn and 4 Pediatric) care for more than 25,000 laboring mothers from every ethnic, economic, and racial background.

Memorial Hermann is committed to reducing and ultimately eliminating these racial and ethnic disparities by developing strategies to reduce implicit bias with Memorial Hermann-affiliated pediatricians and other physician groups.

Two-parent households and the traditional American nuclear family that includes a couple and their dependent children have been on the decline for decades in the U.S. Consequently, the rates of divorce, remarriage, cohabitating partners, and single-parent households have continued to rise since the 1960s. Not only are Americans having fewer children, but they are having children later in life, and family structures, including the circumstances surrounding parenthood, have also changed dramatically. As a result, the traditional gender roles of the 20th century American society in the workplace and in the family are being redefined in the 21st century. My parents divorced not long before I became a teenager, and the lack of my father’s involvement during a critical period of my teenage development impacted me in some very negative ways.

The U.S. Census Bureau (2017) reported that nearly 20 million children under the age of 18 live with only one parent, primarily their mother. However, the data also showed that the percentage of children living with just their father increased to an all-time high in U.S. history from over 12 percent to just over 16 percent between 2007 and 2017. According to the CDC (2018), over 40 percent of Texas mothers that gave birth were unmarried. Between 2013 and 2017, thirty-three percent (33%) of children (ages 0-17) in Harris County, Texas were living with families headed by a parent without a spouse in the home compared to almost 25% in 2000.

For example, my biological son Elijah who is now 19 years old, was 1 child out of less than 1000 that has spent his entire life living with me only, and I was never married to his mother when he was born in 2002. Elijah was diagnosed with Autism Spectrum Disorder (ASD) at the age of four. However, in May 2020, Elijah graduated in the top 10 percent of his high school class and is now a full-time student at Texas A&M University. He is pursuing his passion for computer animation by taking classes in the College of Architecture towards a bachelor’s degree in visualization.

These personal experiences, and the associated statistical data, led me to move forward with passion and confidence to propose NFI’s fatherhood programs to Memorial Hermann’s executive leadership team for buy-in and acceptance of my Evidence-Based Practice (EBP) project.

The Vital Role of the Father Friendly Check-Up™

In the Spring of 2020, I administered NFI’s free Father Friendly Check-Up™ (FFCU) within Memorial Hermann to help our clinical and non-clinical staff assess our system’s readiness to effectively serve dads to improve patient and family experiences.  Specifically, to assess how staff in Memorial Hermann’s Women and Children’s service line engages and serves fathers as a part of the family when focusing on the well-being of mothers and children.

A Maternal EDI Council was formed in 2021 to fully understand the SMM problem and to identify and begin to address the underlying causes. The Council began looking at the morbidities—the underlying health conditions—that lead to pregnancy complications for these laboring moms. Evidence and studies showed that children who experience a lack of father involvement are at increased risk for adverse health outcomes. Father absence leads to a range of poor health outcomes, including low birth weight, infant mortality rates, and decreased cellular function, and a higher risk for obesity and injury. A fathers’ engagement with his children and cooperative co-parenting with their mother is important for both mothers and the children even if the mother-father relationship has already ended.

The next step is for us to take action.

Stick with me for Part 2 where I share our "Model for Fatherhood Programming”.

You can view the promotional flyer for Memorial Hermann's program here.

Barre Morris is a father of three children ages fifteen to twenty-five.  He is a certified Project Management Professional and has managed IT software development projects and led project teams for over twenty years.  He is a former college Computer Science Instructor, Microsoft IT Sr. Program Manager, and an award-winning Microsoft Application Platform Solution Specialist for their Energy sales market.  Barre is also a powerful and compelling public speaker earning Toastmaster International's Competent Communicator and Leadership awards.

Presently, Barre manages projects, leads IT project teams, and clinical nursing teams to advance nursing science for one of the largest not-for-profit health systems in Texas,  Memorial Hermann Healthcare System.   As a result of his project management and team leadership, four (4) new Convenient Care Centers opened in the past three years on-time in the Houston metropolitan area.   Patients and their families now have more convenient ways to access 24-hour emergency, imaging and diagnostics, lab, breast care, and Physical Therapy healthcare services in the largest city in the Southwest region of the United States.

In mid-July of 2000, Barre was left in a non-responsive coma for three days after he suffered a traumatic brain injury (TBI).  A Dodge Ram pickup truck slammed into his car on the driver’s side –while racing against a Chevy Camaro through a red light. The wreck was so severe it required the Jaws of Life® to extract him from his vehicle.  He flew on his first helicopter ride on Memorial Hermann Life Flight® to the Memorial Hermann Red Duke Trauma Institute in Houston, utterly unaware of everything going on.

In 2016, Memorial Hermann came to Barre’s rescue again.  But, it was from a job loss and unemployment due to a recession within the oil and gas industry impacting him and the entire Houston job market.  Barre had just recently relocated back to Houston due to a re-organization and dismissal from work at Microsoft’s headquarters in Seattle, Washington, two years prior.  While he was receiving outpatient rehabilitation services at TIRR Memorial Hermann for residual effects from his brain injury, Barre was also interviewing for a job at Memorial Hermann.  Once he completed his therapy, Barre started his new job and career in healthcare at Memorial Hermann, as a Senior Project Manager within the Project Management Office of its Information System Division.

Over the past five years, Barre committed his study and training to the field of health and wellness. He is a certified Personal Fitness Trainer with the International Sports Sciences Association (ISSA), and an Integrative Health and Wellness Life Coach.  Barre also completed the Father Engagement Certificate™ (FEC) training program from National Fatherhood Initiative® (NFI).