Posted by Ave Mulhern January 24, 2023
A Few of My Favorite Things… and they are FREE!
You may know that National Fatherhood Initiative® (NFI) is the nation's leading provider of fatherhood research,... END_OF_DOCUMENT_TOKEN_TO_BE_REPLACED
Posted by Christopher A. Brown January 17, 2023
How Father Involvement and Bi-Strategic Parenting Positively Affect Children’s Brain Development
Posted by Erik Vecere January 10, 2023
One-On-One Delivery of NFI Programs – So Simple, So Effective!

Tommy Jordan And The Path Of Parental Redemption 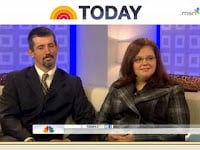 It was just a month ago when a entire nation was shocked to witness a gun-toting, cowboy hat-wearing Tommy Jordan unload nine shots from a handgun into his daughters laptop. The aftermath of the event led to visits from Child Protect Services and the Department of Social Services, online commentators calling Jordan everything but a child of God, and a surprisingly high number of supporters.

Clearly remorseful but still staunch in his reasons for his actions, Mr. Jordan and his family have rallied around each other despite many thinking their situation was much more explosive than it was. I dare say the Jordan family may be a tighter unit than any of us could have ever expected.

Jordan, his daughter Hannah Marie and his wife, Amy, all appeared on NBC morning program TODAY show with host Matt Lauer. When Lauer asked Hannah her feelings about her dads actions, she clearly has processed the moment far quicker than America has. We went our separate ways for a while, but we were able to laugh about it afterwards, she said to Lauer. Hannah did say her father overreacted but that she ultimately accepted his actions.

Jordans wife, a doctor, also supports her husbands actions and apparently gave Tommy the green light to destroy their daughters laptop. People may look at the video that don't know him or us and think we're just completely uneducated country people. Thats not the case. Hes very intelligent, very thoughtful. He rarely does anything without thinking it through or even consulting me on a lot of occasions. This wasn't any different, she shared.

On air, Tommy Jordan admitted to his mistakes which he and his wife said was inspired by his daughters initial mistake. Both mom and dads overall point: watch what you say online because it can come back to haunt you. Don't post anything on the web you don't want the entire world to see. That was why we were upset with her in the first place and all of this has driven the point home, said Mrs. Jordan.

Another moment that folks should notice was that of Mr. Jordan revealing he did indeed save Hannahs hard drive from the same fate her laptop suffered. He looked his daughter in the eye and told her point blank that when shes allowed to have a computer again, she can access her old files.

Like any other family, the Jordans arent perfect by any means. Tommy Jordan realizes that his shoot-em-up stunt has made for weighty consequences for he and his family. But together, it seems like theyre working it out just fine. Perhaps its time to let this story rest and allow a family to heal and find their path to redemption all on their own.