Posted by Christopher A. Brown January 31, 2023
The Value in Customizing a Fatherhood Program
There’s a lot of emphasis these days on implementing fatherhood programs with fidelity. Indeed, many funders of... END_OF_DOCUMENT_TOKEN_TO_BE_REPLACED
Posted by Ave Mulhern January 24, 2023
A Few of My Favorite Things… and they are FREE!
Posted by Christopher A. Brown January 17, 2023
How Father Involvement and Bi-Strategic Parenting Positively Affect Children’s Brain Development

Was Tommy Jordan Out Of Line For Shooting His Daughters Laptop? 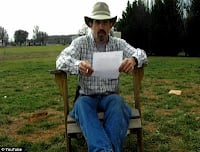 If you havent seen the video of North Carolina dad Tommy Jordan and his gun-toting tirade, the reaction to his daughters disrespectful words may seem a bit over the top. However, the IT company owner and proud father has become a YouTube sensation, amassing a whopping 26 million views in just over a week. If youre in need of a back-story, Mr. Jordan caught wind of his daughter making slanderous remarks about her parents on Facebook.

After reading the unflattering comments left by his daughter, Hannah, on her Facebook wall, Jordan went into his own eight-minute video rant about the things he and his wife have provided for their child, and ended off the video in explosive fashion. Jordan unloads eight shots from a .45 pistol into the laptop, which reportedly gained the man a visit from the authorities, including Child Protective Services. Unapologetic about his reaction and not facing charges, Jordan says the family is closer as a result of what happened although hes faced a bunch of tough criticism.

On the other side of the negative remarks however, Jordan has amassed a few fans of his version of tough love. While I can appreciate the sentiment behind Jordans actions, the use of the gun is where I hop off the train. I cant endorse using violence to hammer home a point. In a series of news polls done on almost every major media outlet, voters are mostly in approval of Jordans actions. Even Dr. Phil himself said he was entertained more than appalled by the video clip.

Disciplining your child is a necessary thing for fathers to administer, although Id argue that its an often difficult thing to do correctly. As children grow older, they have the potential to challenge their parents patience in a variety of ways. I dont imagine Id ever resort to shooting my daughters electronic equipment in order to get her to follow my lead. I hope that my words, steady presence and loving devotion is enough to make sure my child honors not only her parents, but also herself.

How about you, Father Factor readers? What do you think about what Tommy Jordan did? Tell us in the comments below or tweet to us at @FatherFactor. You can also comment on our Facebook page by following this link.