Posted by Christopher A. Brown January 31, 2023
The Value in Customizing a Fatherhood Program
There’s a lot of emphasis these days on implementing fatherhood programs with fidelity. Indeed, many funders of... END_OF_DOCUMENT_TOKEN_TO_BE_REPLACED
Posted by Ave Mulhern January 24, 2023
A Few of My Favorite Things… and they are FREE!
Posted by Christopher A. Brown January 17, 2023
How Father Involvement and Bi-Strategic Parenting Positively Affect Children’s Brain Development

Having worked at National Fatherhood Initiative for over 10 years now, I sometimes take for granted why our issue is so important. But every once in a while, I get a good reminder; this time it was from Father Facts, our research compilation on the causes and consequences of father absence. 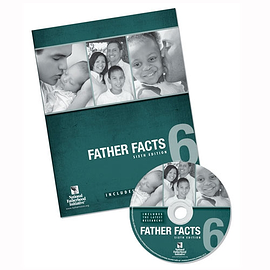 I was flipping through the 90-page volume to locate some of the old print PSAs that we placed throughout the book. But as I flipped, I was once again struck by the boatload (that is the scientific term) of data on why fathers matter to children.

Since 1995, when we published the first edition of Father Facts on one side of a sheet of paper, we have cited research from thousands of academic and government studies that show, without any doubt that on average fathers play a unique and irreplaceable role in their children’s lives, and that children do best, on average, when their mother and father are married to each other. If you have a problem with that statement, I will put it another way: there is no evidence that growing up in a fatherless home, on average, confers any benefits whatsoever on children. If you have access to such evidence from a reliable academic source, please send it to us.

If we had this much conclusive data on any other topic, we would start a multi-billion dollar campaign to “save our children.” Think of what we’ve done with smoking. Not everyone who smokes dies of lung cancer or heart disease. But because we have research that shows the increased risks smokers face, we have deemed smoking unhealthy (we are comfortable generalizing based on the data) and spend billions to get people to quit or never start.

I hope we can get to the same point when it comes to family structure. Despite the fact that we have 30-plus years of social science research that shows the clear risks children face when they grow up in father-absent homes, there are still debates about how important dads really are. For some reason, naysayers always point out the exceptions – “I know someone who grew up without a father, and she is fine. Therefore, fathers are not important.”

Would we do this with smoking? Would anyone say, “I knew someone who smoked her whole life and lived to age 85 and died of natural causes. So, smoking is not unhealthy.” No one would say that, because, again, it is about risk. The research helps us understand the risk, and we take action to reduce it.

So, why is it different with fatherhood? Why do people always point out the exceptions and conclude that we should base our behavior on the exceptions rather than on the rule?

Take this article that was just published in the New York Times denying that there is any problem with the institution of single motherhood. The thing that frightens me most is the attitude that decades of social science research can be dismissed in favor of someone’s “gut feeling.” How do we typically characterize people who dismiss academic evidence about climate change? And how about smoking… what would you think of someone who denied the research on smoking because they didn’t “feel” like smoking was unhealthy? The author of the Times piece, Katie Roiphe, takes issue with a researcher from Princeton University. So, her opinion is more reliable than Princeton University research? What nerve.

She also commits the fallacy of reducing fatherhood to money. She implies that the only thing missing in father-absent homes is a second income. Is that the only thing children without dads are missing out on? Money? Dads don’t contribute anything else to their children? Nonsense.

If you have some ideas about why folks act in this irrational way around the “family structure issue” please share them.

What do you think?

Learn more about Father Facts and the research on families and fatherhood.