Posted by Ave Mulhern January 24, 2023
A Few of My Favorite Things… and they are FREE!
You may know that National Fatherhood Initiative® (NFI) is the nation's leading provider of fatherhood research,... END_OF_DOCUMENT_TOKEN_TO_BE_REPLACED
Posted by Christopher A. Brown January 17, 2023
How Father Involvement and Bi-Strategic Parenting Positively Affect Children’s Brain Development
Posted by Erik Vecere January 10, 2023
One-On-One Delivery of NFI Programs – So Simple, So Effective!

If you’re as avid of a sports fan as I am, you undoubtedly heard that no one will become enshrined this year in Major League Baseball’s Hall of Fame. The uproar among a large segment of the sports community has been interesting to say the least. In fact, it’s been rather myopic. 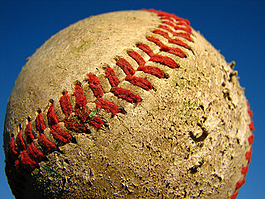 Cries that the voting system is broken have been emanating from the mouths of sports pundits since the voting results were announced on January 9th, loudly enough to make someone think that the baseball world has been turned upside down by this “travesty.” Moreover, it could lead a reasonable person to wonder whether this “no vote” has ever occurred. The reality is that this isn’t the first time the Baseball Writers’ Association of America (BBWAA)—the body of well-known and respected writers on America’s pastime that gives the thumbs up or down on inductions into the hall—has voted to not allow anyone in. Indeed, it’s happened no less than 8 times (the most recent time in 1996). But in our sound-bite world with its focus on the present to the exclusion of history (and its lessons), these pundits of the diamond have no doubt poisoned the well for so many Americans, especially young ones, who love the game.

From a historical perspective, I can think of no other game that better symbolizes the joy that fathers and children experience together within the context of sports. Images come readily to mind of fathers and sons and fathers and daughters playing catch, of children opening Christmas presents to find a brand new glove (and its wonderful smell), and of families spending an afternoon or evening at the ballpark eating hotdogs, nachos, and burgers. Some of the fondest memories I have of high school and college include cramming into the car with my buddies and driving to Texas Rangers games and sitting in the outfield for less than $10 a ticket. I didn’t care whether the Rangers won or lost (primarily because they usually lost) because I was there to watch the stars. (One of my fondest memories is of Bo Jackson hammering a fastball from Nolan Ryan that landed just a few rows out of my reach.)

Coming back down to earth for a moment, if you’re not familiar with the specifics of the vote, there were several former players eligible for induction for the first time who are, based on almost every statistical measure associated with their primary role as a player, some of the greatest to play the game. Roger Clemens, Barry Bonds, Sammy Sosa, and Mike Piazza were chief among them. (Other lesser-known but fantastic players eligible for the first time included Craig Biggio who, incidentally, received the highest number of votes.) Players on previous ballots included Rafael Palmeiro, Mark McGuire, and Jack Morris. Does anything jump out at you about most of these players? If you said that most of them have been accused or admitted (in the case of Bonds) to using performance-enhancing drugs (PEDs), you win a prize.

Most of the players on this year’s ballot played in the “steroid era.” That fact alone doomed their candidacies this year and, possibly, forever. To qualify for induction, at least 75 percent of voters must select a former player for induction. None of the players associated with steroid use even came close despite their gaudy numbers. (Clemens at 37.6 percent received the most votes of these players). Players remain on the ballot for 15 years, a fairly short window in which to gain induction. With so many of these players’ vote totals being so low, there’s a possibility that they’ll never get their busts into Cooperstown.

As I watched a roundtable of BBWAA voters on ESPN discuss the results of the vote and its implications, one of the reporters said that he voted for many of the purported steroid users because “I vote in context.” He explained that because these specific candidates played in an era when many players (allegedly) used PEDs, voters shouldn’t discriminate against them. After all, he said, everyone was using them. He then proceeded to support his argument by drawing on a standard practice of many voters throughout the years—vote for players based on the era in which they played and not across eras (i.e. comparing the numbers from a player in 1920 with one in 1980 given changes in the game over that time). Moreover, the widespread use of PEDs created a “level playing field”; consequently, the numbers of these great players speak for themselves. Interesting as this argument might be, it misses the broader issue.

These players are accused—rightly or wrongly—of cheating, pure and simple. While most of these players haven’t been convicted in a court of law, they certainly have in the court of public opinion. (And, unfortunately, this era has painted such a broad stroke of PED use that some players who might be deserving of induction might not get in as a result of playing during that time.) That’s why so many voters didn’t vote for Bonds, arguably the best hitter in baseball history, and Clemens, arguably the best pitcher. Regardless of era, cheaters have not been allowed into the hall. (Do I hear a “Pete Rose” or “Shoeless Joe Jackson?”)

Herein lies the lesson for fathers. (Yes. I finally got around to it.) Fair play is baseball’s hallmark—an immutable law. That’s why cheaters, whether convicted or not in a court of law, don’t get into the hall. I surmise that many voters would rather keep a possible cheater out of the hall and let him into it later after his name is cleared than to allow a possible cheater into the hall and later learn that he did, in fact, cheat. Fair play is baseball’s moral center. As its moral center, it spans the chasm of time. It does not change regardless of era. As fathers, we must give our children a moral center to guide their behavior—a set of immutable laws that don’t change with the seasons. While the specific morals of this center might differ from culture to culture, the fact remains that giving it to our children is our most critical role as fathers. Fair play is one moral that I have tried to imbue in my daughters. Is it one of yours?