Posted by Ave Mulhern January 24, 2023
A Few of My Favorite Things… and they are FREE!
You may know that National Fatherhood Initiative® (NFI) is the nation's leading provider of fatherhood research,... END_OF_DOCUMENT_TOKEN_TO_BE_REPLACED
Posted by Christopher A. Brown January 17, 2023
How Father Involvement and Bi-Strategic Parenting Positively Affect Children’s Brain Development
Posted by Erik Vecere January 10, 2023
One-On-One Delivery of NFI Programs – So Simple, So Effective!

What Remains After a Father Leaves

This is a guest post by Lori E. Allan. Lori's poem, "Absence" won first place in the Dudley Randall poetry competition at the University of Detroit Mercy. The poem talks about the struggle and disappointment that comes with the absence of a father. Below is the story behind the poem, followed by the first-place poem. You can find Lori here and here. If you are interested in guest blogging for us, send an email. 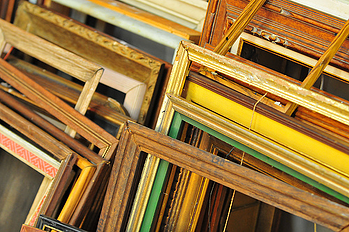 Many people deal with the absence of their father differently. My parents got divorced when I was four and that was the last time my father was around and was in contact with my siblings and I. My mother was so strong so I never thought of the separation as a bad thing. We were okay. I held on to God and sought him out for guidance, provision, and truth. Surprisingly, it never really hit me until I got older. There are certain things in life that a father should be there for. I was accomplishing so much and doing so well in my endeavors. I was eager to know how much more knowledgeable I would be if my father was around. I made so many decisions based on what I thought a father figure would want me to do and it got me pretty far, but I was missing out on the tangibility of a father.

Most of the people I went to school with in Detroit didn’t have a father around either and it was obvious. People cling to different things to fill that void without knowing it and it’s scary. I definitely saw that things would be easier on my mother if she had someone to raise us with. A father to be there financially, emotionally, and just someone strong to go through life with would have been amazing for her and she deserved it. I do understand that things didn’t work out and he wasn’t the right guy, but I have a hard time understanding how someone wouldn’t want to be the right guy. I co-taught a first grade class and they brought me so much joy! I couldn’t fathom how someone would ever want to miss out on everything you can learn from a child.

The fact that I am becoming the woman God wants me to be and that I am coming out of this situation the way that I am amazes me. I knew that I was in a very vulnerable position as a woman growing up without a father. It made me very cautious when dating. I had a pretty good idea of how I should be treated, but I needed an example from a father. It is so important for a guy to see the relationship you have with your father. I used my relationship with my Heavenly Father to fill that and I wasn’t always a good steward in my relationship with God. God has heard, “you aren’t enough” from me plenty of times. But in the end, He really was and has been. He’s been there through everything: scraped knees, graduations, sick days, performances, and heartbreaks. He’ll be there when I get married and when I have a child one day.

I have no hard feeling towards my dad. I realized that you can’t make someone be a father and everyone isn’t cut out to be one. Who knows, maybe things are better this way. I just really hope that wherever he is, he’s a man and he’s growing. Not for me, but for himself. Though God has done far more than I could ever ask think or imagine, it would have never hurt to have two fathers. My relationship with God is a special one and I couldn’t have asked for a better father.

My poem, "Absence" won first place in the Dudley Randall poetry competition at the University of Detroit Mercy. The poem talks about the struggle and disappointment that comes with the absence of a father. It isn’t about anger; it is about unanswered questions and voids that will linger on. A father will always be thought about and he will always be needed. His absence is more present than anything else in the whole world.

Empty in the photos
is the shape of a man
who has left a void
of himself.

The strength of his arms
lifted the glass
apart from the frame
as he climbed out of the situation.

Behind the bars,
I am confined within
the seventy-two percent
of African-American children raised
in single-parent homes.

Struggle is the only thing
that shows up
in the house we live in,
the food we eat,
the look in my mother’s eyes.

Despite the chasm,
I can still hear the way he says my name.
He had a photographer’s urge
to stop and capture a moment
and never developed the photo.

The void is tangible;
I hold it in my hands
and wonder if there is
a significant difference
between who I am
and who I could have been
because of what he could have been—
a father.

I house his vacancy in a cautious frame,
passing it by when I have what I need
and climbing inside when I see that I don’t.

It is a black and white photo
that I see in color.
In his absence,
I see it all.