Posted by Christopher A. Brown January 31, 2023
The Value in Customizing a Fatherhood Program
There’s a lot of emphasis these days on implementing fatherhood programs with fidelity. Indeed, many funders of... END_OF_DOCUMENT_TOKEN_TO_BE_REPLACED
Posted by Ave Mulhern January 24, 2023
A Few of My Favorite Things… and they are FREE!
Posted by Christopher A. Brown January 17, 2023
How Father Involvement and Bi-Strategic Parenting Positively Affect Children’s Brain Development

Poverty sucks. It places adults, families, and, saddest of all, children at risk for a host of poor outcomes. If you're at all familiar with the literature on father absence, you're well aware that children in father-absent homes are much more likely to grow up in poverty. 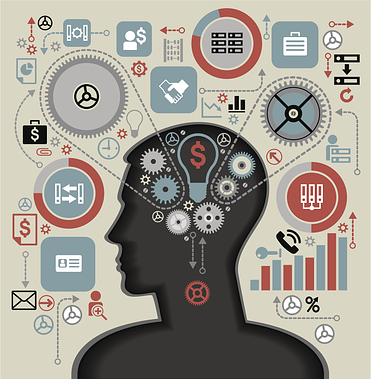 A recent study published in the journal Science sheds more light on just how much poverty sucks. The researchers concluded that poverty reduces the "cognitive bandwidth" poor people need to make the kinds of decisions and engage in the kinds of activities necessary to lift them out of poverty. Poverty's negative effects on the brains of poor people only adds to the burden imposed by a lack of money. The researchers noted that these negative effects are likely to include a negative effect on parenting in part because of the chronic stress created by living in a constant state of scarcity.

Chronic stress "short circuits" parenting. A child in a father-absent home is at a greater risk of being raised by a parent under chronic stress. This kind of stress—as opposed to situational stress—debilitates the body's natural response to stress. Just as a circuit that gets overloaded can no longer handle its normal function of allowing an electrical current to pass through it, parents who are under chronic stress become overloaded with the activities required of day-to-day survival, which leaves little or no time for the critical function of parenting their children. Parents who are under constant stress can react with "harsh, highly reactive parenting" or "disengage" from their parenting duties and "ignore" their children.

Father involvement is a vital part of the solution to poverty and the chronic stress and poor parenting it creates. We know, from a macrolevel perspective, that communities with higher levels of father absence have higher levels of poverty. We also know, from a microlevel perspective—and common sense, that an involved father provides the human capital families need to perform the parenting functions that parents, children, and families need to avoid chronic stress and thrive.

But it's not enough just to have fathers present in their children's lives. They must be involved, responsible, committed fathers. That's where the resources of National Fatherhood Initiative help. Whether you're a father looking for tips and guidance, you work in a community-based organization, correctional facility, or military installation that serves families and need an effective fatherhood program to facilitate, or a mother who wants to share fathering information with your husband or partner, we have the resources you need to be successful. Visit fatherhood.org and fathersource.org to get this help.

When was the last time you thought about poverty's effects on parenting and children? What are you doing about it?