Posted by National Fatherhood Initiative September 20, 2022
Mass Shootings: Three Causes, Three Solutions
"We live in a country where mass shootings have become common place. A mass shooting is defined by the Gun Violence... END_OF_DOCUMENT_TOKEN_TO_BE_REPLACED
Posted by Ave Mulhern September 13, 2022
How to Bring Dads Back to School
Posted by Christopher A. Brown September 6, 2022
How You Can Help Dads Address the Maternal Mortality Crisis 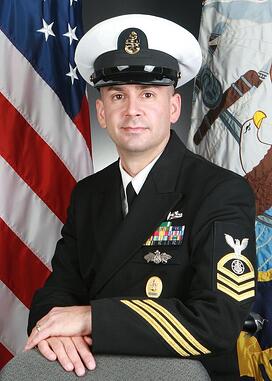 Mondragon, a husband and father of two, had to act as a solo parent during his wife’s recent life-threatening health complications. During that time, he cared for his wife and children while continuing to fulfill his military duties. In a display of amazing work-family balance, he recorded over 20 videos of himself reading stories to his children so that they could see and hear him while he was onboard the USS Bunker Hill and forward deployed in support of Operation Enduring Freedom.

In addition to caring for his own family, he dedicates himself to supporting other military families. As a religious program specialist on his base, he counsels dads and families on handling the challenges of military life. He was also the United through Reading Program Coordinator on the USS Bunker Hill, helping hundreds of dads stay connected to their children while deployed.

One of RPC Mondragon’s fellow sailors said, “I am not surprised that RPC Mondragon was selected. He is absolutely the father, man, sailor, RPC of the year, every year, in my book. I wish him and his family the best and I am so proud to serve along side of Patrick in the sea services.”

Earlier this year, NFI received hundreds of nominations for the Military Fatherhood Award™ from the wives, children, friends, and colleagues of our nation’s military dads, and then narrowed them down to four exemplary finalists, including RPC Mondragon.

In RPC Mondragon’s video, his wife, Violet, said, “Patrick is so deserving of this award, and I can’t think of anyone more qualified for the Military Fatherhood Award™.”

Each year, the Military Fatherhood Award™ is given to a military dad who displays an ongoing commitment and dedication to his children, makes extraordinary efforts to father from a distance when deployed, successfully balances military and family life, and makes an effort to mentor other military fathers and/or military children who are separated from their fathers.

Several past Military Fatherhood Award™ recipients have been officially recognized by the White House. The 2012 awardee, 1st Lieutenant William Edwards of the U.S. Army, had lunch with President Obama and received his award at a “Champions of Change” event at the White House on June 13, 2012.

In addition to the award, NFI supports the U.S. Military as its #1 provider of fatherhood-specific resources. NFI has distributed nearly 300,000 fatherhood skill-building materials to bases all over the world for all five branches, and has trained family support services on how to deliver our numerous fatherhood curricula and programs.