Posted by Christopher A. Brown January 31, 2023
The Value in Customizing a Fatherhood Program
There’s a lot of emphasis these days on implementing fatherhood programs with fidelity. Indeed, many funders of... END_OF_DOCUMENT_TOKEN_TO_BE_REPLACED
Posted by Ave Mulhern January 24, 2023
A Few of My Favorite Things… and they are FREE!
Posted by Christopher A. Brown January 17, 2023
How Father Involvement and Bi-Strategic Parenting Positively Affect Children’s Brain Development

One of my favorite authors is Malcolm Gladwell. If you're not familiar with his name, perhaps you've heard of his books. They include The Tipping Point, Blink, Outliers, and What the Dog Saw. His latest book is David and Goliath: Underdogs, Misfits, and the Art of Battling Giants. What draws me to his work is his insane ability to see what most people miss when it comes to what makes people and organizations successful. 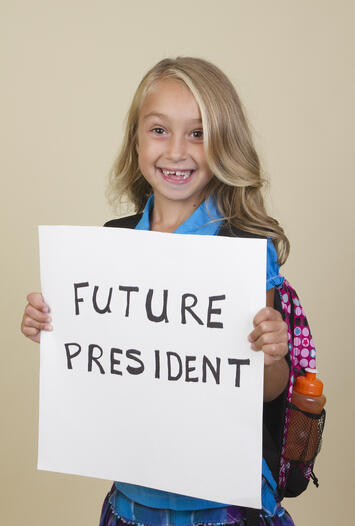 In David and Goliath, Gladwell describes why underdogs win so often. (For a great summary of the insights in the book, read this interview of Gladwell.) Underdogs include, oddly enough, successful entrepreneurs. Why? Because entrepreneurs often succeed against formidable odds.  The typical entrepreneur fails many times before they succeed, and often take a lot of flack from family, friends, and society before they succeed.

One of the characteristics of successful underdogs is that they have "desirable difficulties." In the case of entrepreneurs, it might surprise you to learn that a great number of them are dyslexic. Gladwell points out that dyslexic entrepreneurs often see their dyslexia as an advantage despite it difficulties. Overcoming dyslexia, they say, helped them to face the challenged inherent in starting and growing their businesses. They learned to see their dyslexia as a desirable difficulty, quite a difference from how most people see it.

Another desirable difficulty of successful entrepreneurs is that they're usually "disagreeable." What Gladwell means is that they don't seek the social approval of others—they don't need anyone's approval to forge ahead in pursuit of their dreams. I am convinced that this insight has an important lesson for parents.

As parents, we should cultivate disagreeableness in our children. Does that seem odd to you? It should given that most parents would bristle at the notion their children should be anything but agreeable. Disagreeableness is a characteristic that smacks of a child who is an embarrassment to their parents—a  child a parent can't control, a "problem child" that will act up in class, a teenager who will never find a date to the prom. Basically, every parent's worst nightmare.

But do you want children who are captive to what others think of them and who won't pursue their dreams in spite of the difficulties they'll face? Exactly. Unless you cultivate disagreeableness, you might end up with children who are, dare I say it, wimps. Here are 5 things you can do to raise disagreeable children:

2) Encourage them to challenge you and their other parent. Tell your children that it's okay if they disagree with you, but that they must do so respectfully. Children who are comfortable with challenging their parents are more likely to be comfortable challenging others. Tell your children that they must respect your guidance for them if, ultimately, you can't come to a resolution that everyone agrees with.

3) Create a safe environment for disagreement. Tell your children in clear terms that it is okay and safe for them to share views that are different from yours. When your children disagree, listen to what they have to say, let them say it, and then respond in a normal voice and calm manner. Watch your body language. Avoid harsh reactions even if you're surprised or shocked at their views. If you find your blood pressure rising, take a deep breath or two before you respond.

4) Encourage your children to not worry about what others think. This advice doesn't mean that you teach your children that the views of others don't matter. You don't want to raise children who are insensitive and inconsiderate. It means that you should tell your children to listen to and respect others' views but that they should be comfortable in their own skin and stand behind their beliefs even when others don't approve.

5) Encourage your children to pursue their dreams. While this might be obvious advice, it's easier said than done. Children often want to pursue interests their parents disapprove of. When your children want something for themselves that you don't necessarily want for them, you must let go of your expectations for their lives. Unmet expectations have a nasty way of damaging relationships.

What's the most recent thing you've done to cultivate disagreeableness in your children?