Posted by Christopher A. Brown January 31, 2023
The Value in Customizing a Fatherhood Program
There’s a lot of emphasis these days on implementing fatherhood programs with fidelity. Indeed, many funders of... END_OF_DOCUMENT_TOKEN_TO_BE_REPLACED
Posted by Ave Mulhern January 24, 2023
A Few of My Favorite Things… and they are FREE!
Posted by Christopher A. Brown January 17, 2023
How Father Involvement and Bi-Strategic Parenting Positively Affect Children’s Brain Development

2014 is a special year for us at National Fatherhood Initiative. It marks our 20th year of working to “change fatherhood” by ending father absence and connecting fathers to their children.

At NFI, we truly believe that Fatherhood Changes Everything. From poverty, to crime, to school achievement, to child abuse – every issue we care about is affected by whether or not a child has an involved, responsible, and committed father. We are convinced that when we connect a father to his child, heart to heart, lives change, communities change, and our entire nation is transformed. 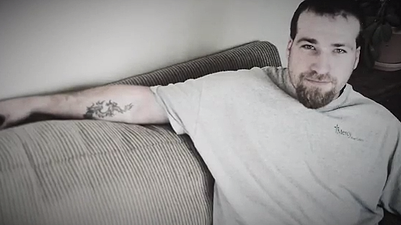 This video reveals how NFI’s programs affect an individual life. This is the second video in our “Fatherhood Changes Everything” series. Each video in this series was created from the book “Choosing Fatherhood: America’s Second Chance,” a photography book created by Lewis Kostiner. Lewis spent years going around the country, photographing dads who were going through NFI’s programs at community-based organizations in their neighborhoods. The result was a compelling photo essay telling the stories of dads working hard to make their children’s lives better.

In this video, we spotlight Josh Chiles, who attended an NFI workshop in his community to help himself be the best dad he could be. His powerful statement is a great reminder to dads about the vital role we play in the lives of our children and our society.

"I get along with my father great. I try to have the same relationship with my kids. Sometimes, I'm not there as much as I'd like to be because of work. I remember, when I was a kid, it was always nice growing up. There's lots of kids that didn't have a stable family, and I think it's nice to grow up having both of your parents around. I think I learned a lot from having both my parents around and seeing them together, even the arguments, because that's a part of everybody's marriage. Nobody's perfect at parenting. Just be as good as you can be. That's it." —Joshua Chiles (Des Moines, Iowa)