Posted by Melissa Byers August 16, 2022
[Free Resources] Share the Success Sequence With Families You Serve
A few weeks ago, I posted a blog that highlighted the most recent findings on how the success sequence is effective for... END_OF_DOCUMENT_TOKEN_TO_BE_REPLACED
Posted by Christopher A. Brown August 9, 2022
Have Americans’ Attitudes About Stay-at-Home Dads Truly Changed?
Posted by National Fatherhood Initiative August 2, 2022
Parenting Styles – Which One is Best?

How Fatherhood Programs Can Get into the 2Gen Game 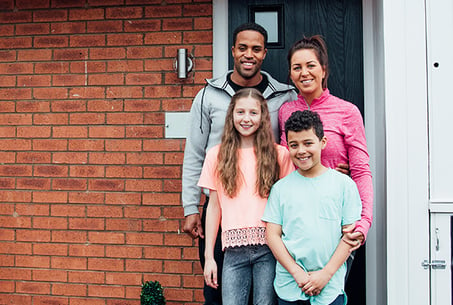 One the most recent and fastest-growing efforts to strengthen families are two-generation (2Gen) programs and initiatives. 2Gen efforts have attracted a lot of attention and increased funding.

So, how can you get in the 2Gen game with a fatherhood program or initiative?

It’s possible you’re already in the game and just don’t know it. By reading this post and accessing the resources at the end of it, you’ll be able to determine whether you’re already part of a 2Gen effort. If you’re not in the game, you’ll learn what it takes to be 2Gen so that you can spot such an effort to start or join.

First and foremost, 2Gen is a strategy or approach to alleviate poverty. Its hallmark is providing programs to low-income parents and their children at the same time instead of separately.1

Beyond that basic definition, it’s vital to understand that 2Gen is more than a combination of simultaneously-run programs. It’s an approach comprised of five components that work in synergy to put families “on a path to economic security.”2 These components are:

Getting in the Game

Depending on the range of programs and services your program or initiative offers to fathers, it might fit into any one or more of the five components. If you just offer a fathering education program, for example, I’d argue that it fits into component four as it would build the health and well-being of fathers by helping them become better parents and, depending on its content, husbands or partners. And if it has a component on how to better manage finances, it would also fit into component three, economic assets.

The key to getting in the 2Gen game is to conduct an assessment of which components it already includes and build from there by adding additional programs and services to address all five components or finding partners who can add the missing components and strengthen the existing ones. 2Gen programs almost always include partner programs or organizations.

Click on the embedded links below to learn more about 2Gen programs and initiatives from some of the most prominent organizations involved in 2Gen work.

Ascend at the Aspen Institute

And for a resource on how to apply 2Gen approaches to working with dads, check out this free on-demand webinar from the National Responsible Fatherhood Clearinghouse.