Posted by Ave Mulhern January 24, 2023
A Few of My Favorite Things… and they are FREE!
You may know that National Fatherhood Initiative® (NFI) is the nation's leading provider of fatherhood research,... END_OF_DOCUMENT_TOKEN_TO_BE_REPLACED
Posted by Christopher A. Brown January 17, 2023
How Father Involvement and Bi-Strategic Parenting Positively Affect Children’s Brain Development
Posted by Erik Vecere January 10, 2023
One-On-One Delivery of NFI Programs – So Simple, So Effective!

Charles (Charlie) Schillaci has made it his personal mission to help dads in Seneca County (NY) to be the best dads they can be. That's impressive because Charlie wields a big stick as the commissioner of the Seneca County Division of Human Services, which is responsible for all of the county's human and social services. 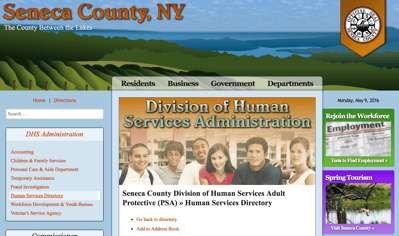 A little more than two years ago, Charlie launched the Seneca County Fatherhood Connection, a county-wide fatherhood effort, with a small grant from the state. They used the bulk of that grant to get training for Charlie and two other men on an unusual structure for facilitating a 13-week fatherhood program that the Fatherhood Connection runs in the county jail and in the community. Since then, Charlie has dedicated $7,000/year from the county's general operating fund to run the program, an impressive use of a small amount of money that makes a big difference in the lives of children, dads, and families.

Charlie and his fellow facilitators run the groups by choosing a specific question related to a topic (e.g. child development, child discipline, etc.). They use that question as the basis for the entire weekly 1 and 1/2 hour group sessions in the jail and 2 hour sessions in the community. They integrate content and materials that they've located that add depth to the content of each session.

About a year after starting the Fatherhood Connection, Charlie learned about National Fatherhood Initiative's (NFI's) 24/7 Dad® program. He really liked the content and structure of the curriculum. He also liked that most of the topics they cover in the 13 weeks are also addressed in 24/7 Dad®. So the county acquired it and Charlie made it the basis of the fatherhood groups.

But rather than mess with the structure of the groups--and because the Fatherhood Connection's program contains a few topics not addressed in 24/7 Dad®--he decided to integrate content from 24/7 Dad® relevant to the topics they address in their program (e.g. choosing a question on child discipline from the 24/7 Dad® session on child discipline). To supplement the sessions, the facilitators provide fathers with the 24/7 Dad® Fathering Handbook.

As an additional supplement--and to help expand the reach of the Fatherhood Connection throughout the Division of Human Services--the county acquired NFI's Child Welfare Bundle and brochures for incarcerated dads. Because many of the dads who participate in the Fatherhood Connection groups are or have been involved in the child welfare system, the materials in the Child Welfare Bundle hit home.

Likewise, the facilitators provide incarcerated dads with brochures such as 14 Things Dads in Prison Should Do Before or Right After Release. Charlie says the dads "love" the materials in the Child Welfare Bundle and keep them as a reminder. The content in the brochures for incarcerated dads provide vital information not contained in the 13-week program. The county's child welfare case workers provide materials in the bundle to dads and moms in one-on-one settings. Staff also distribute the materials to dads and moms during parenting classes that couples attend.

The Fatherhood Connection's creative use of NFI's resources:

I encourage you to think about creative ways you can use NFI's resources and integrate them into your group programs and one-on-one work with dads and moms. I also encourage you to watch this inspiring 18-minute video on the Seneca County Fatherhood Connection that features children, dads, and staff talking about its impact.

Have you thought of ways to integrate NFI's resources into your fatherhood program?

In what ways do you creatively use NFI's programs and resources? In what other creative ways could you use them?