Posted by Christopher A. Brown November 29, 2022
How to Advance Equity for Fathers in Human Services
If you’re a regular reader of this blog, you know that there’s a lack of equity in human services. Our nation’s human... END_OF_DOCUMENT_TOKEN_TO_BE_REPLACED
Posted by Erik Vecere November 22, 2022
Learn How A Crucial Partnership Will Open The Door to Reducing Child Abuse and Neglect
Posted by National Fatherhood Initiative November 15, 2022
Equipping Fathers and Organizations to Be More Father-Inclusive with Christopher Brown

Somewhere I read that raising a child is like playing a game with the child, but a long, complex game in which roles change over time. This is a story called "Syzygy" from my book. There are many ways to communicate and throwing a ball back and forth is one of them. See if you agree. 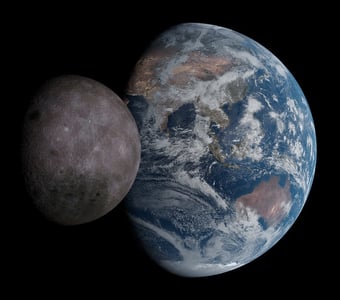 Night in the town where we live is especially dark. This is because the streets are not electrified. Instead, we have gas lamps.

The gas lamps give the town a feeling of elegance, but they don’t give much light. The combination of low light and uneven sidewalks has sent more than one new resident sprawling. The standing joke is that you need a miner’s hat with a beacon to keep from falling. Many a pizza delivery boy has spent precious minutes hopelessly searching for the right house while the pie cooled off.

For a few hours on one evening, a celestial event changed all of this.

In our house, we had just moved into a new phase called adolescence. Parents experiencing adolescence undergo physical changes. They begin to feel old, so old that they can’t remember their own adolescences.  They’re prone to exaggeration and wild mood swings. They begin to doubt themselves and ask if they are the only ones feeling these massive changes.

For me, one change symbolized everything – my son was ambivalent about having a catch. How many times had we taken out the ball and two gloves in his short life – two hundred, five hundred, a thousand?

How many times had he come to me with the question: “Wanna have a catch?” I always wanted to have a catch. Throwing a baseball was for me one of the most life-affirming acts on the globe. Each throw recognized our separateness; each catch confirmed our connection.

We threw softballs, hardballs, tennis balls, a cloth ball we called the crooked ball, even a frisbee on occasion. We kept track of our streaks – how many throws we could make without dropping the ball? He asked me to throw him hard grounders, and he responded with spectacular leaping throws to my first baseman’s stance. He asked me to throw him high pop-ups, which I did the way my cousin had shown me many years ago, looking up and throwing overhand.

There may have been one or two or a dozen times in his life when I was too preoccupied to say, “Yes, I’ll have a catch with you,” and now I regret every one of them, but not as much as I regret the day I came to him and said, “Wanna have a catch?” and he answered me with: “That’s alright,” which in his new, relaxed lingo meant simply “No.” I was devastated.

The dictionary defines syzygy as an event in which three or more celestial bodies are in perfect alignment. On one night in the recent past, the northeastern United States experienced a syzygy and our town, one of the darkest places in the universe, was flooded with light at 9:30PM.

Earlier in the evening, I had persuaded my son to come out at the appointed time to see something he might never see again. Once out, we did something it seemed as if we had not done since the mornings in New York City when I would bring him to pre-school. We went for a walk.

It only lasted five minutes, but it was full of a sense of discovery under that impossible light, just as it had been back then, when we ran from the two-headed monster drainpipes, avoided the cracks in the sidewalk, and jumped up from the street over each curb with both feet together.

We found ourselves back in front of the house. The same thought rushed to our lips: “Wanna have a catch?”

And so we did, adding a fourth celestial body to the perfect alignment of this evening – the orb traveling between us.

What one tip could you give younger dads for how to grow a strong bond with their child before those special teen years?