Posted by Christopher A. Brown January 31, 2023
The Value in Customizing a Fatherhood Program
There’s a lot of emphasis these days on implementing fatherhood programs with fidelity. Indeed, many funders of... END_OF_DOCUMENT_TOKEN_TO_BE_REPLACED
Posted by Ave Mulhern January 24, 2023
A Few of My Favorite Things… and they are FREE!
Posted by Christopher A. Brown January 17, 2023
How Father Involvement and Bi-Strategic Parenting Positively Affect Children’s Brain Development

According to the Pew Research Center's recent Parenting in America study, only 39% of dads say they do a "very good job as a parent." That's compared to 51% of moms who say the same about their own parenting.

Why, then, do 6 in 10 dads lack confidence in their parenting? One reason might be dads' lack of confidence in how well prepared they are to be dads. National Fatherhood Initiative's Pop's Culture study -- the most comprehensive national study ever conducted on dads' attitudes on fathering -- found that only 54% of dads "agreed" and 22% "strongly agreed" that they were adequately prepared for fatherhood when their first child was born. 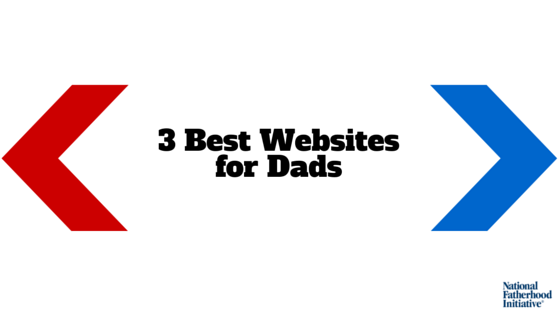 Nevertheless, dads have the ability to learn to be better dads. Unfortunately, they lack the kind of help-seeking behavior of moms when it comes to parenting. In a way, dads are often their worst enemy when it comes to seeking advice and guidance on how to be a good father.

As the Pew report on the Parenting in America study states:

Mothers... have more extensive support networks that they rely on for advice about parenting. They're much more likely than fathers to turn to family members and friends and to take advantage of parenting resources such as books, magazines and online sources. For example, while 43% of moms say they turn to parenting websites, books or magazines at least sometimes for parenting advice, about a quarter (23%) of dads do the same. And moms are more than twice as likely as dads to say they at least occasionally turn to online message boards, listservs or social media for advice on parenting (21% vs. 9%).

So it's no surprise that there are a plethora of websites and other online sources dedicated to helping moms. Moreover, most "parenting" sources are designed for moms. There is also an army of "mommy bloggers" who dispense advice and guidance on a massive scale. Moms have plenty of help because they want it and because it's available -- a classic example of supply meeting demand and demand driving supply.

The good news for dads is that online help is available, if they're willing to seek it. Here are the 3 best dad-dedicated websites for breadth, depth, quality and frequency of their advice and guidance on the challenges facing dads today.

Where do you turn for helpful parenting advice, tips and tools?