Posted by Christopher A. Brown May 17, 2022
Here’s What We Know About the Work of Federal Fatherhood Grantees
Have you ever wondered what the organizations that received federal funding to implement responsible fatherhood (RF)... END_OF_DOCUMENT_TOKEN_TO_BE_REPLACED
Posted by Ave Mulhern May 10, 2022
3 Ways to Keep Fatherhood Program Group Sessions Focused and on Track
Posted by Christopher A. Brown May 3, 2022
The Secret Sauce of Successful Fatherhood Groups

Father absence has many negative consequences for children, which is why we, at NFI, often often talk about The Father Absence Crisis in America. But, what about the benefits of an involved dad? Well, we definitely focus on that, too.

Time and again, practitioners have told us that they would like a tool they can share with their clients (both moms and dads) that focuses on the benefits of an involved father. In this post, I'll show you eight ways an involved father helps his child, and get you up close and personal with our newest brochure entitled The Importance of an Involved Father. Side note: We think every leader reading this post should have this brochure in their office to help fathers and families! 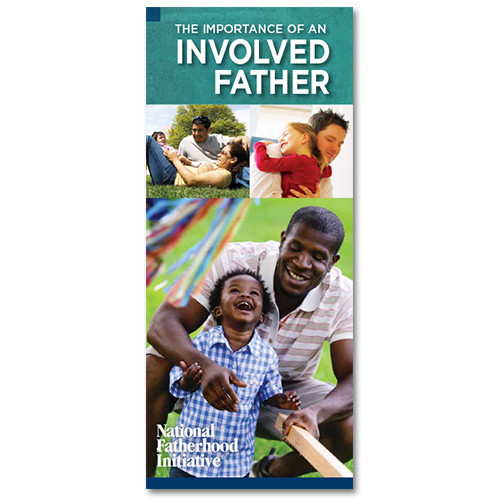 So, let's talk about the importance of an involved dad. An involved dad makes a big difference in a child's life (and their future adult life), but how exactly?

Below we highlight some of the benefits (but you'll have to check out the brochure to see all of them...and believe me, there are many!)

Research shows children who grow up with their dads do better, on average, in the following ways:

Children with involved dads are four times less likely to have a mood disorder (like depression or anxiety).

Children with an involved dad are two times more likely to be fit. This is because dads engage their children in physical play and can help their children learn the importance of exercise.

Dads can help their children make good decisions about relationships. When a dad is present, teens are seven times less likely to become pregnant as a teen

4. An Involved Father Helps His Child...Feel More Safe and Confident.

Children are safer when their dad lives with them. Children who grow up without their dad are 10 times less likely to be physically abused.

5. An Involved Father Helps His Child...Be Less Likely to Use and Abuse Alcohol and Drugs.

An involved dad is an anti-drug. Children who use and abuse alcohol and drugs may do so because they lack the love and connection a dad and other family members provide.

6. An Involved Father Helps His Child...Do Better in School.

An involved dad helps children do well in school, even when a dad doesn’t live with his children. When a dad is present, children are less likely to have behavior problems in school that lead to being suspended or expelled.

7. An Involved Father Helps His Child...Be Less Likely to Be Poor.

When a dad doesn’t live with his children, it’s harder for him to provide money to support his family. When a dad is present, children are four times less likely to live in poverty.

8. An Involved Father Helps His Child...Be More Likely to Stay Out of Trouble. 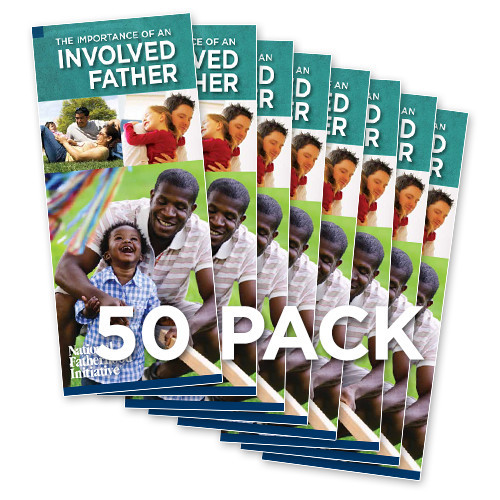 Think this post is helpful? The Importance of an Involved Father brochure includes all of the above AND MORE data and examples in a simple, easy-to-understand format!

The brochure also provides suggested actions you can take to help your child have an involved dad—tips for how moms can involve dads as well as steps for how dads can be involved with his child. Consider having this new brochure in your office to help the fathers and families you serve.

What's one area where you've seen an involved dad help his child?

See the Sample > The Importance of an Involved Father