Posted by National Fatherhood Initiative May 24, 2022
The State of Moms and Dads in America (2022)
This article is written by Mike P. Taylor and was originally published at the Dad Well Done. It is republished here... END_OF_DOCUMENT_TOKEN_TO_BE_REPLACED
Posted by Christopher A. Brown May 17, 2022
Here’s What We Know About the Work of Federal Fatherhood Grantees
Posted by Ave Mulhern May 10, 2022
3 Ways to Keep Fatherhood Program Group Sessions Focused and on Track

What the NFL Can Teach You About Fatherhood Programming

As we wind down another NFL season and get ready to celebrate the golden anniversary of the Super Bowl, there's a vital lesson for efforts to implement fatherhood programs. The lesson comes from an unlikely source: the link between the salaries made by NFL players and their play time. Does that link seem odd? Stay with me for a moment. 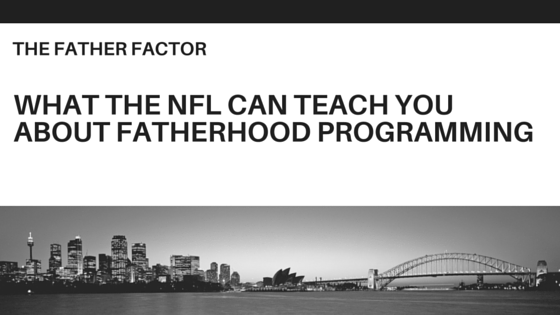 This tendency of NFL teams to give higher-paid players more play time regardless of performance is an example of the sunk-cost fallacy, the tendency in humans to stick with a decision they've made because of the original investment in that decision, an investment that can't be recovered. This bias leads people to make irrational decisions that aren't in their best interest.

NFL teams sink a ton of money in players. As a result, decision makers are reluctant to tie playing time solely to performance. Decision makers in other sports aren't immune to this bias. By the time professional athletes are ready for that big payday, they're often on the downside of their peak. Their performance decreases even as teams make a greater investment in them.

The lesson for efforts to implement fatherhood programs is not to fall prey to the sunk-cost fallacy. Don't stick with strategies, tactics, programs, and services that don't work simply because of the investments you've made in them. These investments aren't only financial. They're also emotional. Indeed, it's the emotional investments that can be bigger barriers to stopping what doesn't work and finding things that do work.

Have you analyzed what's working and not working in your fatherhood program?

Is there anything you're doing that you should stop doing, but have been reluctant to stop because of a financial or emotional investment?