Posted by Christopher A. Brown January 31, 2023
The Value in Customizing a Fatherhood Program
There’s a lot of emphasis these days on implementing fatherhood programs with fidelity. Indeed, many funders of... END_OF_DOCUMENT_TOKEN_TO_BE_REPLACED
Posted by Ave Mulhern January 24, 2023
A Few of My Favorite Things… and they are FREE!
Posted by Christopher A. Brown January 17, 2023
How Father Involvement and Bi-Strategic Parenting Positively Affect Children’s Brain Development

A Tribute to Gregg Nicklas

In my ten years at NFI, I have never known a more humble, action-oriented, and courageous champion of fatherhood. Aside from Gregg being a man of faith, a devoted husband, father, grandfather, and care-giver, many things could be said to honor his memory. I want to highlight only one here—his diligent stewardship of opportunities. 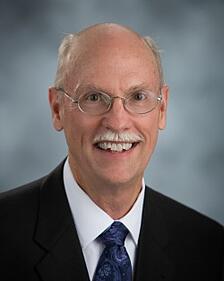 Thursday night, May 29th, at 11:00 p.m., Gregg Nicklas, Executive Director of Christian Heritage—a highly respected foster home with a thirty-plus year history in Lincoln, NE—was struck by a car while walking his dog. The driver fled and Gregg was pronounced dead on the scene. We are left heartbroken by this tragedy along with Gregg’s entire family, community, and friends.

In 2007 Gregg, identifying incarceration and father absence as root causes, sensed the need for a fatherhood program. His first activity, with staff, was to launch a Father of the Year award. It was at this time that he learned of the National Fatherhood Initiative, submitted a proposal for a capacity-building grant, and became one of the awardees. This capacity-building grant helped Christian Heritage define their vision and be encouraged by meeting others from around the country who shared a similar passion.

Returning to Nebraska, they began to implement their vision and in October of 2008 sponsored a Leadership Summit on Fatherhood, bringing 56 community leaders together. At this Summit, Larry Wayne, Nebraska Department of Correctional Services’ (NDCS) Deputy Director of Programs and Community Services, requested the implementation of a parenting program at Nebraska’s correctional facilities for men. Gregg moved on this request and, in February 2009, leveraged another opportunity—bringing NFI staff (where I first met Gregg) to Nebraska to train facilitator’s on the evidence-based InsideOut Dad®. This program became the entry point for a new initiative launched by Christian Heritage called Destination…Dad™.

This is one of the most holistic interventions I have seen nationally and includes the following:

I once asked Gregg in an interview what final thoughts he would share with the national fatherhood field and he said, “Encourage your participants to be ‘bold and courageous.’”

Gregg, we are saddened by your loss but will do our best. Thank you for the great legacy you left us. Be assured, your example will help us make the most of every opportunity and diligently steward all we have been entrusted with.