Posted by Christopher A. Brown January 31, 2023
The Value in Customizing a Fatherhood Program
There’s a lot of emphasis these days on implementing fatherhood programs with fidelity. Indeed, many funders of... END_OF_DOCUMENT_TOKEN_TO_BE_REPLACED
Posted by Ave Mulhern January 24, 2023
A Few of My Favorite Things… and they are FREE!
Posted by Christopher A. Brown January 17, 2023
How Father Involvement and Bi-Strategic Parenting Positively Affect Children’s Brain Development

Learning From A Kindergartner

Writing in the Huffington Post, Dr. Ricky Choi tells of an "interview" he had with his daughter about starting kindergarten. Turns out, there was a big difference between his answers and his daugthers. Reading the conversation between Dr. Choi and his daugther may remind us dads to be more perceptive and listen to our child more intentionally. Whether your child is entering kindergarten or college, the lesson this parent learned is worth memorizing. 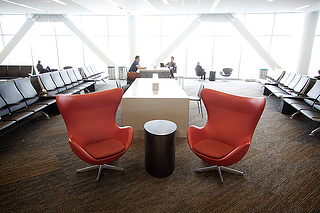 Dr. Choi writes his most recent column that he learned some things on his "last-hurrah-before-kindergarten-daddy-daughter trip." After waiting in Terminal 2 of the San Francisco Airport on a flight delay and knowing that kindergarten was fast-approaching, he was filled with new thoughts and emotions. He puts in words what so many have gone through or are going through as parents, the idea of "coming to terms with seeing my daughter as a more independent person." Choi then decides to take a break in the airport terminal and ask his daughter some questions about starting school.

Dr. Choi is not only a dad, he is a pediatrician. He spends his day tossing out parenting advice and telling parents to listen to their children. But Choi is honest and says, as a father, "his assumptions about his daughter's capabilities and view of what is best for her can put me out of touch with her actual day-to-day concerns." Isn't this true dads? Don't we often get sidetracked into what we THINK we know rather than what we really know about our kids.

Take time and read Dr. Choi's dialogue with his daughter. Choi asks his daughter honest questions about her feelings of starting school. He asks questions like:

What are you most excited to learn about?
What is the most important thing to remember in order to do well in kindergarten?

Read Choi's article and see how different each perspective is in the answers. For each question, Choi offers what he thought his daughter would say and what his daughter actually said. Armed with this new perspecitve, dads may learn to gain insight by listening first, then offering whatever is best needed; whether it be comfort or praise. This sounds elementary doens't it dads? But oh how difficult it is to listen!

For instance, Dr Choi asks his daughter, "What will be the hardest thing about going to kindergarten?" He expected her to say something like, "Challenging school lessons, homework, missing my family and the demands to be independent." Instead, her answer was, "Figuring out who will be my best friend."

Choi reveals a "telling difference" between what he expected to hear and what his daughter actually said. He observes, "I'm focused on her academic performance and meeting expectations. She is concerned about relationships with her friends and teacher."
He describes his conversation as a "humbling reminder to really pay attention -- and address what she cares about especially if I want to effectively impress on her the things I view as important." If we are honest as dads, we think we know what we are doing sometimes by offering advice or trying to "fix" things. The best approach may be offered after listening to what our child's actual concerns really are. Thanks, Dr. Choi, for making us dads see from a different angle...the angle of our child. We need this reminder in our busy lives.
We agree with Dr. Choi, parenting may have its ups and downs, but in the midst of all the emotions and expectations of a new school year; slow down, relax and listen to your child.

Parents: Where do you go to "get away" from everything, and listen to your son or daughter?
Read Dr. Choi's full daddy-daughter interview.
Connect with The Father Factor by RSS, Facebook and on Twitter @TheFatherFactor.
photo credit: Marcin Wichary

Topics: back to school, father-son, daddy-daughter