Posted by Christopher A. Brown January 31, 2023
The Value in Customizing a Fatherhood Program
There’s a lot of emphasis these days on implementing fatherhood programs with fidelity. Indeed, many funders of... END_OF_DOCUMENT_TOKEN_TO_BE_REPLACED
Posted by Ave Mulhern January 24, 2023
A Few of My Favorite Things… and they are FREE!
Posted by Christopher A. Brown January 17, 2023
How Father Involvement and Bi-Strategic Parenting Positively Affect Children’s Brain Development

8 Things To Know About Disciplining Your Child

Discipline comes from the Latin word “discipulus” meaning “to teach; to guide.” Punishment means to “penalize” for doing something wrong. Sometimes, these get mixed up with each other, resulting in a less than ideal outcome for our children. Therefore, it’s vital us parents know the following eight things about disciplining our children. 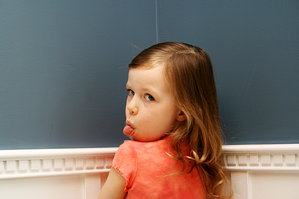 When considering which discipline style you most associate with, ask yourself, “Is this the best style for my children/my family/my involvement?” And consider something more middle of the road.

2. Know the Family Rules
Clear communication is vital for understanding right and wrong in your house. You will need to establish clear boundaries for your home. Check out this article and consider adding rules in your home today.

3. Know Your Reward Options
Many Dads believe discipline means “to control” rather than “to teach or to guide.” As a result, they use fear when they punish. It’s vital you know your child and what he/she considers a reward when it comes to discipline.

Some examples of rewards include:

4. Know Your Punishment Options
When the time for punishment happens, it’s vital dads know they have options. Some examples include:

Make sure the punishment fits the crime. Don’t take away a freedom, for example, when a child does something minor and telling them that you expect more of them the next time will do the trick.

Here are ideas for age-specific discipline:

For Dads of Infants and Toddlers:

For Dads of School-Aged Children:

For Dads of Teenagers:

7. Know the “Why” of Discipline
Always explain why your child is being disciplined. Discipline is meant to guide your child and to teach a lesson. It’s essential you explain to your child why they have to sit in their room or give up TV. It’s the lesson you teach them through the discipline that is most important.

8. Know How to End with Love
No matter what, never end with the discipline; always end with love. Hug your child and let him/her know you are disciplining out of love.

What’s the best advice you’ve ever received about disciplining your child?