Posted by Christopher A. Brown January 31, 2023
The Value in Customizing a Fatherhood Program
There’s a lot of emphasis these days on implementing fatherhood programs with fidelity. Indeed, many funders of... END_OF_DOCUMENT_TOKEN_TO_BE_REPLACED
Posted by Ave Mulhern January 24, 2023
A Few of My Favorite Things… and they are FREE!
Posted by Christopher A. Brown January 17, 2023
How Father Involvement and Bi-Strategic Parenting Positively Affect Children’s Brain Development

This is a guest post by Melanie Haiken. Melanie is senior editor at Caring.com, the leading destination for caregivers seeking information and support as they care for aging parents, spouses, and other loved ones. If you are interested in guest blogging for us, send an email.

As half the office sniffles and sneezes and colds and flus fly through the schools, you're probably wondering if you're doing everything you can to protect your family from winter viruses. Getting flu shots is one thing you can do, and practicing good hygiene another, but tweaking your dinner menu is an important third step in warding off winter ills. 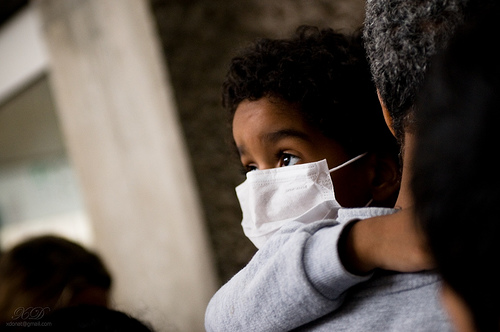 1. Cabbage
Let me guess -- cabbage isn't a food you eat regularly. Well, this time of year you might want to rethink that. Cabbage is packed with the champion virus-fighter vitamin C. Studies are mixed about the preventive abilities of vitamin C, but it's been shown to shorten the duration of the typical common cold by 24 to 36 hours, providing welcome relief. One cup of cabbage also supplies more than 90 percent of your daily need for vitamin K, which is why traditional Chinese medicine practitioners recommend cabbage to treat the common cold, as well as more serious infectious diseases such as whooping cough.

2. Garlic
Garlic works its well-known wonders by stimulating your immune system to fight off viruses and germs of all kinds. For more than 2,000 years since ancient Greek times, garlic has been used to ward off disease; now we know it has antiviral, antifungal, and antibacterial functions.

The key to this ability is allicin, one of more than 30 sulphur-containing compounds in garlic. Unfortunately for your social life, it's raw garlic that does the trick; cooking garlic greatly reduces the effects of these compounds. And yes, if you really dislike garlic, it's hard on your digestive system, or you have a date, garlic capsules work too.

3. Nonfat Milk
Your mother told you to drink your milk to build strong bones, but it's not the calcium in milk we're talking about here. It's the vitamin D, a key immune-protecting nutrient that's extremely difficult to get enough of from diet alone. Although how vitamin D protects against cold and flu viruses isn't well understood, the fact that it does is well established. Several recent studies have found that low blood levels of vitamin D are associated with higher frequency of infection. Other research supports the idea that vitamin D boosts immune function in general.

Milk, which in the U.S. is fortified with vitamin D, is one of the only food sources for this vitamin, which our bodies manufacture from sunlight. If we get enough sunlight, which many of us don't. In winter, people living north of latitude 37 degrees make almost no natural vitamin D. And even in summer, many of us spend little time outdoors, or we wear sunscreen -- which inhibits vitamin D production -- when we do. If you're not a milk drinker or are lactose intolerant, soy milk is D-fortified, and supplemental vitamin D does the trick as well. Recent research found that when Japanese schoolchildren took 1,200 IUs (international units) of vitamin D, their rate of influenza A dropped by almost half.

4. Carrots, Sweet Potatoes, and Other Orange Veggies
Carotenoids, the antioxidants that give orange veggies their color, contain beta-carotene, a natural disease preventive. Beta-carotene stimulates the body to produce more cells known as helper T-cells, also sometimes referred to as "killer" cells. Helper T-cells play an important role in cancer prevention, but they also work to strengthen the body's response to common colds and flu viruses. Beta-carotene also plays an important preventive role regarding heart disease and stroke, because it reduces plaque buildup in the arteries.

5. Fish
Yes, chicken soup is a beloved cold remedy, but fish is the best source of omega-3 fatty acids, which have been shown in studies to prevent and ease respiratory infections and illness of all types. Omega-3s stimulate the ability of white blood cells to fight off infection. In fact, experts now believe it was the omega-3s in cod liver oil that made it such a powerful immune strengthener when given to children in the days before antibiotics. Omega-3 fatty acids are anti-inflammatory, so they halt the body's inflammatory reaction to germs and also to allergens. Fish oil supplements are another way to dose yourself with omega-3 fatty acids, though experts still recommend eating fish twice a week for optimum health.