Posted by Christopher A. Brown January 31, 2023
The Value in Customizing a Fatherhood Program
There’s a lot of emphasis these days on implementing fatherhood programs with fidelity. Indeed, many funders of... END_OF_DOCUMENT_TOKEN_TO_BE_REPLACED
Posted by Ave Mulhern January 24, 2023
A Few of My Favorite Things… and they are FREE!
Posted by Christopher A. Brown January 17, 2023
How Father Involvement and Bi-Strategic Parenting Positively Affect Children’s Brain Development

Date with Dad: What Makes it So Special?

This is a guest post by Angela Patton. Angela is Founder of Camp Diva, which organizes "Date with Dad"; a father-daughter dance connecting fathers to their daughters while in prison. Follow Angela on Facebook and Twitter.

I was searching the internet one day for images of fathers and daughters dancing and came across a picture of a father and daughter at a dance that looked like it was from the 60s. It reminded me of something I knew all too well…father-daughter dances are nothing new. They’ve been going on for decades, centuries even. I remember attending one with my own father when I was a little girl. So I asked myself, what makes our (Camp Diva’s) dance so different? What’s so special about the Date with Dad Dinner and Dance? 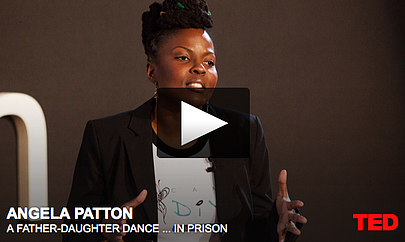 1) How it began?
One day, I was having a conversation with my girls in Camp Diva. One shared how smothered she felt by her father’s attention, while another shared how much she wished her father, who she hadn’t heard from in years, would pay her any attention at all. This led to a deeper discussion about their various ‘daddy issues.’ And while they all had different relationships with their fathers, they all wanted better ones. So I asked them how they thought they could help themselves, and other girls, develop healthy relationships with their fathers. The reply:  “a dance!” So the “Date with Dad Dinner & Dance” began with the girls doing much of the planning. They spoke. We listened. In the end, we gave them what they said they wanted…quality time with their fathers.

2) We Have Fill-In Dads!
A single mother in Rhode Island complained her daughter was prevented from attending a father-daughter dance. Well, not to worry, Date with Dad has Fill-In Dads! Among the 20 who attended our first Date with Dad in 2008 was a girl whose father was deceased. After helping to set up for the event, the husband of one of our volunteers saw the girl, walked over to her, and asked her to dance. He ended up hanging out with her for the entire evening. Both had a great time, and he volunteered to come back the following year—starting a tradition of “Fill-In Dads” at the Date with Dad. Not having a father or father-figure doesn’t exclude girls from attending.

3) We Go To Prison!
One year, one of the Camp Diva girls told the others she would not be attending the dance because her father was incarcerated. So the girls suggested bringing the dance inside the walls of the city jail! They wrote a letter to the sheriff, the sheriff said yes, and so began “A Dance of Their Own,” which gave 18 incarcerated fathers the chance to connect with their daughters outside of normal visiting hours—minus the glass wall and telephone—enabling them to hug and hold their daughters. No one is left out of the Date with Dad experience.

4) It is Open to ALL!
Traditionally, many father-daughter dances are attended by members of a certain organization, or students in a particular school, of a certain age group. But Date with Dad invites girls, and women, of every age to attend; thus, bringing together women and girls of various backgrounds, religions, ethnicities, and socio-economic statuses, from different areas. Younger girls also get the chance to see older women with their fathers, modeling what they hope will be their future relationships with their own fathers. An equally diverse group of men also come together, from blue collar to professional, single and weekend dads, as well as full time/married dads. Again, the men have a chance to network and connect with each other, and share their trials and triumphs as fathers.

5) Our Partnerships
We don’t want fathers and daughters to come to the Date with Dad simply to eat, dance, and be entertained. We want to help them connect with each other, heal their relationships, and get them going in the right direction. We want to connect them with community resources to help them strengthen their relationships. To that end, we have cultivated partnerships with various organizations committed to providing that assistance. In addition, we utilize the Richmond Fatherhood Initiative’s “Inside-Out Dads” curriculum for our “Dance of Their Own.” The fathers in the city jail go through the program before and after the dance. Our partners have also fostered within us the desire and opportunity to help others to replicate our model and make changes in their communities. Our next stop: Norfolk, Virginia. It is our hope to expand nationally, as well as internationally, as the issues connected to fathers and daughters are universal.

So you see Date with Dad is not just any father-daughter dance. It’s more than a dance, more than an event. It’s an experience. It’s part of an ongoing conversation between fathers and daughters, or at least the start of one, and it is making a difference!

Question: How do you connect best with your child?