Posted by Christopher A. Brown January 31, 2023
The Value in Customizing a Fatherhood Program
There’s a lot of emphasis these days on implementing fatherhood programs with fidelity. Indeed, many funders of... END_OF_DOCUMENT_TOKEN_TO_BE_REPLACED
Posted by Ave Mulhern January 24, 2023
A Few of My Favorite Things… and they are FREE!
Posted by Christopher A. Brown January 17, 2023
How Father Involvement and Bi-Strategic Parenting Positively Affect Children’s Brain Development

A Scary Confluence of Trends

A dangerous crossover has occurred in marriage and childbearing in the U.S. 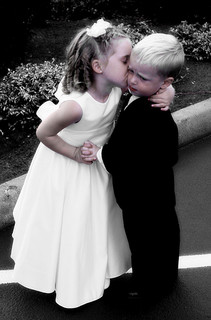 A recent report called Knot Yet documents the rise in the historic and still-climbing average age of first marriage at nearly 27 for women and 29 for men. This trend has benefitted women in helping them to reach their life goals and, for couples, reduced the risk of divorce. By delaying marriage, many women have had the opportunity to complete college and establish themselves in their careers before marching down the aisle. Research shows that couples who marry after their mid-twenties are less likely to divorce than are people who marry earlier.

While that trend has benefits, there is another trend interacting with it that should put a scare into us all. The age at which men and women have their first child hasn’t kept pace with the average age of first marriage. Women give birth nearly a year, on average, before they marry (25.7 vs. 26.5). It is twentysomethings that have driven the increase in out-of-wedlock births to an all-time high of 48 percent of all births.

According to a 2009 report by the non-partisan Pew Research Center, a majority of Americans don’t see anything wrong with unmarried childbearing despite their belief that it is bad for society (i.e. it has negative economic consequences). This disconnect between what is right and wrong and evidence is one of the major problems I have seen in my 13 years of work with NFI. As you’ve undoubtedly read many times in this blog and in publications from NFI, there are reams of evidence that having children out of wedlock is, on average, bad for children, mothers, fathers, and our society. And yet, we continue to see more and more children born without the benefit of marriage between their parents, the primary connection that societies have used for thousands of years to connect fathers to their children.

So why does the disconnect persist? A primary reason, as noted in Knot Yet, is the decoupling of marriage and childbearing as most Americans have come to view marriage as a means to satisfy their desire for meaningful, life-long connection instead of as an institution for raising children and what children need to thrive. To be clear, my problem with this view is not that marriage should not satisfy someone’s desire for life-long connection—I can’t think of a better way to create such a connection. But focusing on that aspect of marriage to the detriment of marriage’s primary function of raising healthy children has become a recipe for disaster.

The problem with this view is that it ignores the evidence that human biology, specifically the drive in humans to procreate, has not changed along with that view. As an anthropologist, I’ve learned that the interplay between culture change and human biology is not straightforward. In some cases, it can be positive or, at the very least, innocuous. Take the average height of humans, for example. As humans moved from living in nomadic tribes, where food was scarce and humans lacked knowledge of proper nutrition, to post-industrial societies, with 24/7 access to food and improved nutrition (particularly childhood nutrition), the average size for humans increased. (Much of this increase in height occurred in only the past 150 years.) On the other hand, as humans became more sedentary in post-industrial societies, obesity rates increased as did rates of type 1 and type 2 diabetes and other diseases related to a sedentary lifestyle.

As long as people ignore the simple, indisputable fact that men and women have a biological drive to procreate that does not change—the oil in the water of the new view of marriage’s role in our lives—mothers, fathers, children, and our society will continue to pay a hefty price. Unless the age of puberty miraculously increases, we will continue to see an ever-widening gap between the time men and women start to feel their drive to procreate and the time they put the pieces in place that their children need to thrive—a gap that now spans more than a decade. The sad fact is that girls and boys are more driven to act on that drive when they grow up in homes without their fathers.

What do I tell my girls? I will continue to tell them to delay sex until marriage for the simple reason that it is the right thing to do not only for them, but for everyone else. I want them to know that their actions have consequences for them and for us all.