Posted by Christopher A. Brown January 31, 2023
The Value in Customizing a Fatherhood Program
There’s a lot of emphasis these days on implementing fatherhood programs with fidelity. Indeed, many funders of... END_OF_DOCUMENT_TOKEN_TO_BE_REPLACED
Posted by Ave Mulhern January 24, 2023
A Few of My Favorite Things… and they are FREE!
Posted by Christopher A. Brown January 17, 2023
How Father Involvement and Bi-Strategic Parenting Positively Affect Children’s Brain Development

NFI's Vince DiCaro talks about how you can pick the winner of the 2013 Military Fatherhood Award. Vote for your favorite finalist before Friday, May 17!

Vince DiCaro was interviewed yesterday on Fox News Live and discussed our 2013 Military Fatherhood Award Finalists. As Vince points out, we have four amazing finalists: 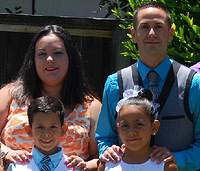 His wife became very ill recently. He became a sole parent for their children. He took care of his wife and children all while serving our country. Get parenting tips from CPO Mondragon here.

He is a first-generation immigrant. His parents worked hard to see their son build a life here and he is a great example of service. Get parenting tips from SSgt Roman here.

He's a wounded warrier. Within 36 hours of having his leg amputated, we was cheering his daughter on at her karate class. Get parenting tips from SSgt Linville here.

He recorded himself reading to his children so that when he was deployed his children would know how much he loved them. Get parenting tips from Major Billups here.

Pick your favorite finalist and vote before tomorrow at midnight!