Posted by Christopher A. Brown January 31, 2023
The Value in Customizing a Fatherhood Program
There’s a lot of emphasis these days on implementing fatherhood programs with fidelity. Indeed, many funders of... END_OF_DOCUMENT_TOKEN_TO_BE_REPLACED
Posted by Ave Mulhern January 24, 2023
A Few of My Favorite Things… and they are FREE!
Posted by Christopher A. Brown January 17, 2023
How Father Involvement and Bi-Strategic Parenting Positively Affect Children’s Brain Development

Implementing Evidence-Based Programs: The Devil in the Details 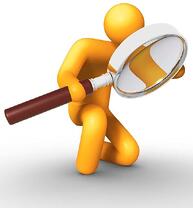 What is lost on many funders is how difficult it is to implement evidence-based programs with fidelity (i.e. as designed). The primary reasons are:

These reasons are compounded by one of the unintended consequences of the emphasis on funding only evidence-based programs—it sends the message that evidence-based programs are the only kinds of programs worthy of funding and implementation. Consequently, an organization might not be willing to use a program that could work well with the population it serves and in its setting simply because it hasn’t undergone a rigorous evaluation.

Fortunately, there is a growing awareness among some funders of the difficulty in implementing evidence-based programs with fidelity and that there are other programs worthy of implementation that haven’t undergone rigorous evaluations. (These latter programs are typically called “promising programs”.) Some funders now allow grantees to modify the content and delivery of evidence-based programs, within certain limits, and the populations that participate in the programs that they fund. Other funders allow the organizations they fund to implement promising programs that have been shown to be effective based on less rigorous evaluations and programs with content that is informed by evidence. (These latter programs are typically called “evidence-informed programs”.)

This flexibility is wise because an organization that wishes to use an evidence-based program might lack the resources, staff, and organizational culture to implement that program with fidelity. That organization might serve a population and operate in a community that are quite different from those in which the program was evaluated, and it might be better served using a promising or evidence-informed program.

In closing, please don’t hesitate to contact our Program Support staff at programsupport@fatherhood.org or 240-912-1270. They can help you to create a customized solution for your organization that draws from our more than 100 resources, several of which are either evidence-based, evidence-informed, or promising programs.

For more information on all of our programs, workshops, and other fatherhood resources, visit www.fathersource.org