Posted by Ave Mulhern January 24, 2023
A Few of My Favorite Things… and they are FREE!
You may know that National Fatherhood Initiative® (NFI) is the nation's leading provider of fatherhood research,... END_OF_DOCUMENT_TOKEN_TO_BE_REPLACED
Posted by Christopher A. Brown January 17, 2023
How Father Involvement and Bi-Strategic Parenting Positively Affect Children’s Brain Development
Posted by Erik Vecere January 10, 2023
One-On-One Delivery of NFI Programs – So Simple, So Effective!

You Can Not Out-Exercise a Bad Diet

A few years back, I was beginning to notice a bit of weight-gain creeping in around my waistline. It wasn’t anything drastic, but as I neared my thirties, I was concerned that the steady buildup of poundage would be something that would continue unless I did something about it.

So, I decided to change my life. I purchased a gym membership, stepped up my home exercise routine, and made a vow to “get back into shape.”

And at no point did I even consider a change in my diet. 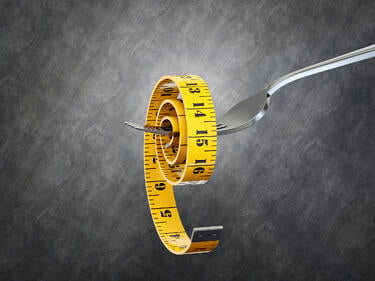 This was unfortunate, considering just how unhealthy my food intake was. I’m not kidding; most of my meals were purchased through a drive-through window, and even the slightly less calorie-heavy meals I made at home were usually accompanied by a sugary soft drink. And yet, despite this, I was surprised and discouraged when the extra weight didn’t melt right off of my bones from the exercise. Sure, I was eating unhealthily, but the extra exercise was supposed take care of that. I’d binge on fast food, and then justify it by saying “I’ll make up for it in the gym tomorrow.”

How often have you heard this? The idea that exercise can somehow solve all of our health problems is one that has become incredibly prevalent in our society. Gyms, personal trainers, exercise equipment—all of these seem to exist based on the notion that as long as a person is active enough, then they’ll be able to consume whatever they want and still look trim and healthy.

Unfortunately, it doesn’t actually work that way. I want to make my point in no uncertain terms, and at the risk of oversimplifying, let me just say this: you can not out-exercise a poor diet.

Certainly there is a connection between exercise and weight loss. After all, weight gain is a result of caloric intake. Exercise, on the other hand, burns calories. So how is it that I can say that exercising can’t trump unhealthy eating habits? Well, because most people don’t have a very clear idea of exactly how many calories a large meal can supply, and how few are burned while exercising.

For example, let’s say that you eat a Whopper meal from Burger King (and don’t think that I’m picking on them; I’ve chosen this particular meal because it’s my personal favorite) with a medium-sized fries, and a medium vanilla shake for dessert. Finishing the whole thing will net you a staggering 1,844 calories. Ok, so you decide to do some intense exercise to make up for it. You hit the weights and start a vigorous lifting session. After 30 minutes of intense workout, you feel as though you’re about ready to collapse. And what about those calories you’re trying to burn away, are they taken care of? No, not really, because your vigorous weightlifting has only burned about 190 of them. That leaves you with 1,654 calories that aren’t going anywhere, and every meal is another chance to pile on a few thousand more.

No, if you really want to lose some weight and look better, you’re going to need to approach the problem from the other end. Studies suggest that one pound of fat is equal to approximately 3,500 calories. So, in order to lose weight, you’re going to have to start cutting those extra calories from your diet. By reducing your calorie consumption by as little as 500 per day, you’ll be able to lose weight at a rate of one pound per week. And although that may not sound like much, it’s better than the alternative.

Keeping track of calories, monitoring food intake, and avoiding foods that are high in fat and sugar are all necessary if you want to actually start seeing results along your waistline. Take it from me—I exercised like it was an obsession, but I didn’t begin to see noticeable results until I took responsibility for my eating habits.

Working out is a wonderful thing. It can prolong your life, increase the health and efficiency of certain organs such as the heart and boost the immune system. (As always, consult a doctor before beginning a new exercise regimen. If you don't have one, find the best ones around you with a service like ZocDoc or Yelp.) While exercise is extremely important, it simply won't make up for a bad diet. When it comes to weight loss, the real battle is one that occurs in the kitchen, not the gym.

This post is from Paisley Hansen. Paisley is a freelance writer and expert in health and fitness. When she isn’t writing she can usually be found reading a good book or hitting the gym. Interested in blogging for us? Read our guest blog guidelines.