Posted by Ave Mulhern January 24, 2023
A Few of My Favorite Things… and they are FREE!
You may know that National Fatherhood Initiative® (NFI) is the nation's leading provider of fatherhood research,... END_OF_DOCUMENT_TOKEN_TO_BE_REPLACED
Posted by Christopher A. Brown January 17, 2023
How Father Involvement and Bi-Strategic Parenting Positively Affect Children’s Brain Development
Posted by Erik Vecere January 10, 2023
One-On-One Delivery of NFI Programs – So Simple, So Effective!

The Missing Salvo in the War on Poverty

If you've followed the news at all the last couple of weeks, it's been hard to miss the media coverage of the 50-year anniversary of the War on Poverty launched during the Johnson Administration. 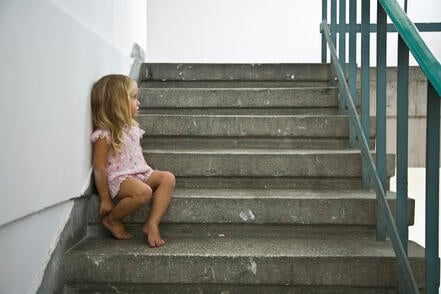 Pundits of all persuasions have taken stock of the nation's progress, or lack thereof, in addressing poverty and the impact of the federal government's arsenal, such as Head Start, Medicare, and Medicaid.

Depending on where you consume news, you might have a favorable or unfavorable impression of whether we're winning or losing this war. What's undeniable is that poverty is still a major problem. What's been missing from the coverage I've seen (and I try my best to consume my news from a range of sources--conservative to progressive) is the lack of discussion about the role of family structure. Although to be fair, this discussion has had more legs among journalists and academics who lean conservative.

A recent study by Child Trends sheds further light on just how devastating poverty is, especially for our nation's children. Today's generation of infants and toddlers--some 12 million of them--face the following economic hardships:

As striking and depressing as these facts are, I am also struck and saddened by the lack of attention paid to father absence by the federal government. It was nearly 30 years into the War on Poverty before for an administration (Clinton-Gore) started a significant discussion on the contribution of father absence to poverty and even longer for an administration (Bush-Cheney) to put some money toward addressing this root cause of poverty. Unfortunately, those funds--approximately 500 million in the last 8 fiscal years--have paled in comparison to the billions in funding in the five decades of the War on Poverty for programs that address the outcomes of poverty rather than its root causes.

Should the federal government do more to address father absence? What do you think?