Posted by Christopher A. Brown January 31, 2023
The Value in Customizing a Fatherhood Program
There’s a lot of emphasis these days on implementing fatherhood programs with fidelity. Indeed, many funders of... END_OF_DOCUMENT_TOKEN_TO_BE_REPLACED
Posted by Ave Mulhern January 24, 2023
A Few of My Favorite Things… and they are FREE!
Posted by Christopher A. Brown January 17, 2023
How Father Involvement and Bi-Strategic Parenting Positively Affect Children’s Brain Development

It Takes a Married Village to Raise a Child

Writing for The Huffington Post, Christopher A. Brown talks marriage, kids and poverty in his newest column It Takes a Married Village to Raise a Child. 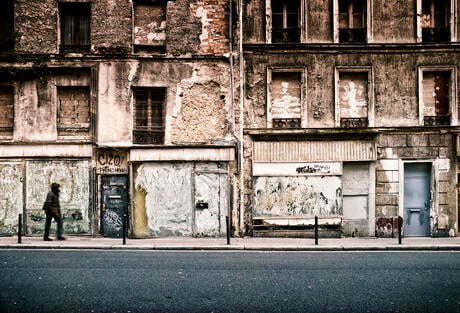 As the nation continues to mark the 50-year anniversary of the War on Poverty, I continue to reflect on whether we've done everything we can to give our nation's children every chance to successfully move out poverty or avoid it in the first place.

Chris writes as an applied anthropologist, as a fatherhood advocate (having worked for NFI for more than a decade), and as a dad. He explains the importance of marriage in addressing father absence and poverty when pointing out:

We know from lots of research that children who grow up in married homes fare better, on average, on a range of physical, social, and emotional indicators of health and well-being, including a lower risk of growing up in poverty and being poor as adults. We also know that the best predictor of whether a father is present and involved in the life of his child is whether he's married to his child's mother.

Chris cites a new study released by economists at Harvard University and the University of California-Berkeley that has concluded "family structure is the most important predictor of economic mobility".

Read more commentary from Chris on the study and his thoughts over at The Huffington Post Parents (linked above). But one thing of note that Chris gleaned from the study, aside from the importance of marriage in individual homes, is the affect that marriage and father absence can have on entire communities. Chris writes:

Children who grow up in single-parent homes have a better chance of avoiding poverty if they live in a community with a higher percentage of married-parent homes.

Finally, Brad Wilcox of the University of Virginia says on this topic, "it doesn't just take a village to raise children. It takes a married village."

Chris concludes in his article:

There is no doubt that a child who grows up without his or her two married parents can turn out just fine. It's also clear that a father doesn't have to be married to the mother of his child to be a good father (although it's certainly more difficult). Still, it's undeniable that if we are to address father absence at the macro-level, we must do everything we can to see that more children grow up in married-parent homes and that we encourage our children to choose marriage for themselves. That priority is critical to creating a nation of married villages that will increase the chance that our children will avoid living their lives in poverty.