Posted by Christopher A. Brown January 31, 2023
The Value in Customizing a Fatherhood Program
There’s a lot of emphasis these days on implementing fatherhood programs with fidelity. Indeed, many funders of... END_OF_DOCUMENT_TOKEN_TO_BE_REPLACED
Posted by Ave Mulhern January 24, 2023
A Few of My Favorite Things… and they are FREE!
Posted by Christopher A. Brown January 17, 2023
How Father Involvement and Bi-Strategic Parenting Positively Affect Children’s Brain Development

I am a husband and father to two beautiful children. They directly affect a lot of the decisions my wife and I make.

As a matter of fact, shortly after the arrival of my firstborn five years ago, I changed careers because of him. Little did I know that my change from retail management to education would move me from the sidelines of the fatherhood game to smack-dab in the middle of the action. 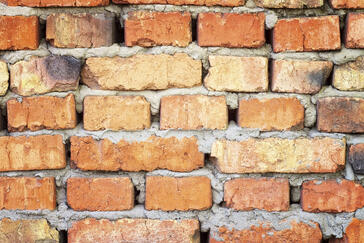 According to the U.S. Census Bureau, 24 million children in America—one out of three—live in a home where their biological father is not present.

The above statistic is both staggering to me and saddening. I was blessed to be raised in a home with both a mother and father who loved me and wanted the best for me. They pushed me to be the best and showed me there was no limit to my potential. I am the husband, father, and productive member of society that I am today because of them. However, some don’t have it so lucky.

On a daily basis, I deal with children who are living in situations that they have absolutely no control over. I deal with children who frankly don’t even know who their father is. A couple of years ago, I was writing for National Fatherhood Initiative and did a poll of my class about fatherhood. Fifteen out of the twenty-five children in one class did not have their father in their household. Six of the students had absolutely no contact with them and frankly said they didn’t care if they ever saw him. One student looked confused and I asked them what they thought a good father was supposed to be. Their reply was, “He at least leaves a picture so you know what he looks like.” I went home with a heavy heart that day and decided my job description was going to need some tweaking.

Let’s be honest, the world is full of horrible fathers. Those who want nothing to do with their children, be it financially or physically. Granted, some of those absences are at the discretion of the mother, but often it is the selfishness of the man who doesn’t want to do his job. My friends, that is where we come in as those who choose to stand in the gap.

I apologize for the “standing in the gap” cliché, but it paints a very honest picture. Anywhere in life where you find a gap usually means danger of injury. Growing up, my little brothers were scared to cross the footbridge over the creek to the barn because there were gaps in the footboards. More often times than not, I would carry one across and then go back and get the other one. It was only about a five foot drop in the creek, but the children I see on a regular basis are dealing with a much more dangerous impact than our farm’s creek.

Even after controlling for income, youths in father-absent households still had significantly higher odds of incarceration than those in mother-father families. Youths who never had a father in the household experienced the highest odds. Source: Harper, Cynthia C. and Sara S. McLanahan. “Father Absence and Youth Incarceration.” Journal of Research on Adolescence 14 (September 2004): 369-397.

We know that children who live in a home without their biological fathers are, on average, at least two to three times more likely to be poor, to use drugs, to experience educational, health, emotional and behavioral problems, to be victims of child abuse, and to engage in criminal behavior than their peers who live with their married, biological (or adoptive) parents.

I once told a perspective father that becoming a Daddy was scary and easy. I try to reassure Tyrone that it was like God puts a Daddy chip in your head and it activates when the baby gets here. About a year ago, his wife gave birth to a daughter and he sent me a message simply saying, “You were right. This is great.”  If only every man embraced his role like this one.

Men, we have to do what we can in the lives of those children around us. Throwing a football with a youth might not be that big of a deal to you, but Houston-area police officer Ariel Soltura thought enough to stop and play catch with a kid he saw playing by himself. Time is one of the most valuable things you can give a child.

If men like Officer Soltura don’t stand in the gap to be a positive influence, the scariest thing is that someone else will. Odds are, they won’t be the role model the kid needs but they will be offering the love and acceptance that the child is yearning for.

My question for you is...will you stand in the gap?

This post is from Maury Wood. Maury is a sixth grade teacher. He is married with two children and has mentored young people for over ten years. Interested in blogging for us? Read our guest blog guidelines.