Posted by Ave Mulhern January 24, 2023
A Few of My Favorite Things… and they are FREE!
You may know that National Fatherhood Initiative® (NFI) is the nation's leading provider of fatherhood research,... END_OF_DOCUMENT_TOKEN_TO_BE_REPLACED
Posted by Christopher A. Brown January 17, 2023
How Father Involvement and Bi-Strategic Parenting Positively Affect Children’s Brain Development
Posted by Erik Vecere January 10, 2023
One-On-One Delivery of NFI Programs – So Simple, So Effective!

2014 is a special year for NFI. It marks our 20th year of working to “change fatherhood” by ending father absence and connecting fathers to their children.

To celebrate the fathers and families whose lives we’ve turned around, we want to show you, by videos, blog posts, photographs, and stories how our work has strengthened fatherhood since 1994.

At NFI, we know from decades of research that Fatherhood Changes Everything. From poverty, to crime, to academic achievement, to child abuse – every issue we care about is affected by whether or not a child has an involved, responsible, and committed father.

When we connect a father to his child, heart to heart, lives change, communities change, and our entire nation is the better for it. 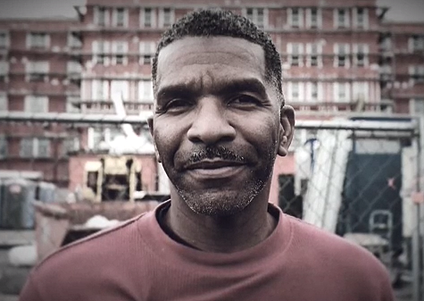 This video reveals how NFI’s programs affect an individual life. Each video in this series was created from the book “Choosing Fatherhood: America’s Second Chance,” a photography book created by Lewis Kostiner. Lewis spent years going around the country, photographing dads who were going through NFI’s programs at community-based organizations in their neighborhoods. The result was a compelling photo essay telling the stories of dads working hard to make their children’s lives better.

In this video, we spotlight Wilburn Carver, who attended an NFI workshop in his community to help himself be the best dad he could be. Watch as he explains just how much he learned from his dad's example.

"I grew up with my father. My mother and father divorced when I was about two or three. My mom ended up dying when I was about six or seven. My father remarried about a year after my mom passed. So I learned watching my father, how to take responsibility, not only to provide, but also to maintain the house. My father could sew, clean, cook, do dishes, iron, you know, as well as any woman that I ever seen. We have lots of men, primarily African-American men, who don't have fathers at home, and so they don't see that model. I think it's the culture of the society we live in, too, is not promoting family in the context in which we're talking about. It's promoting a single lifestyle, alternative lifestyle. I think one of the key things I've learned as a father with my daughter is to admit when I'm wrong and to apologize for hypocrisy." —Wilburn Carver (Seattle, Washington)