Posted by Christopher A. Brown January 31, 2023
The Value in Customizing a Fatherhood Program
There’s a lot of emphasis these days on implementing fatherhood programs with fidelity. Indeed, many funders of... END_OF_DOCUMENT_TOKEN_TO_BE_REPLACED
Posted by Ave Mulhern January 24, 2023
A Few of My Favorite Things… and they are FREE!
Posted by Christopher A. Brown January 17, 2023
How Father Involvement and Bi-Strategic Parenting Positively Affect Children’s Brain Development

What’s the Status of Father Absence Ahead of the 2020 Census? 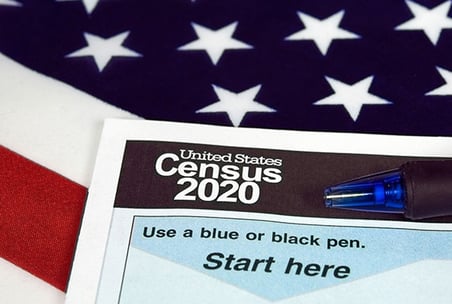 Last October, I wrote a post in this blog entitled, “Has Father Absence Gotten Better or Worse?” I shared data on the proportion of children in the U.S. who grow up without a biological, step, or adoptive father in their home, a number that has remained flat at 27.5 percent since its peak in 1995.

I posed the following question in that post: Is that good news or bad news?

It was bad news, however, from the perspective of child well-being, especially when you consider that 27.5 percent of all the children in the U.S. represents nearly 74 million children, and because the sheer number of children in father-absent homes had grown by more than 4 million. Tons of research points to the ill effects of father absence on children.

One of the commitments we have at National Fatherhood Initiative® (NFI) is to share research and data on father absence and involvement—and on their impact—that’s as up to date as possible. That’s why we publish a new edition of Father Facts—the most comprehensive source of data and research on the impact of father absence and involvement—every few years. The conclusions in the aforementioned post were based on data compiled by the Census Bureau through 2014.

The first reason was the upcoming decennial census in 2020. It will provide the most accurate data on whether the needle has moved on father absence, for better or worse.* Research since the last census suggests that the newest generation of dads—the Millennials—is more committed to fatherhood than dads in earlier generations. I wondered:

I’m a curious guy and, candidly, a bit impatient. I wanted to get a look around the corner to see what might be coming.

I discovered that the most recent Census Bureau data is through 2017. Here’s what’s happened since 2014.

Before we should get too excited, however, the long view on this issue reveals that since 1995, the proportion of children in father-absent homes has fluctuated, in any five-year period, by less than 1 percent. Nevertheless, what we’ve seen in this decade gives me hope that, when we turn the corner in 2020, we’ll see a smaller proportion, if not also a smaller number of children, in father-absent homes.

The Accuracy of the 2020 Census

The second reason I examined these data is the importance of the census itself—it’s accuracy. Entities in the public and private sectors use it as the basis for decisions that affect the economic, social, and physical well-being of all Americans.

Moreover, as I alluded to earlier, its accuracy helps us to know where we stand with father absence. We must ensure that the Census Bureau is funded at a level that allows it to conduct the most accurate census possible. That objective requires that the funding increase included in the recent continuing resolution passed by Congress is at least maintained if not increased further. (The funding covers only about three quarters of what Secretary of Commerce Wilbur Ross, whose department includes the Census Bureau, estimates it will cost.) It’s vital that the technology-based and other improvements the Census Bureau wants to implement to increase the accuracy of the census can, in fact, be implemented. Encourage your representative and senators to ensure this funding level is maintained and, if possible, increased.

*The Census Bureau gathers data in the years between censuses through a representative sample of 3.5 million U.S. households called the American Community Survey (ACS). Because the ACS includes a sample of less than 3 percent of the 126.2 million households, it introduces a significant margin of error.