Posted by Christopher A. Brown June 28, 2022
Teach Dads These 3 Qualities of Successful Fathering
“Habits may be the smallest units of transformation, but they’re also the most fundamental. They are the first... END_OF_DOCUMENT_TOKEN_TO_BE_REPLACED
Posted by Ave Mulhern June 22, 2022
24/7 Dad® - Worth the Wait
Posted by National Fatherhood Initiative June 16, 2022
[Father’s Day Special] The CHI Podcast featuring NFI President Christopher A. Brown: Why Dads Matter 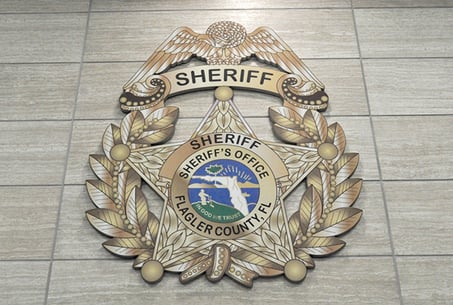 This article is written by Shannon Martin and originally appeared at the Palm Coast Observer. The article is republished here with permission from the author.

According to the U.S. Census Bureau, one in three children live without their biological father in the home. Consequently, there is a “father factor” in many societal issues facing America today, including right here in Flagler County.

This 12-week program is facilitated by trained volunteers and teaches incarcerated fathers the parenting skills they need—and that some dads have never received.

Research shows when a child grows up in a home absent a father, he or she is:

Core sessions of the program tackle subjects matter like:

“This is just one of the ways we are trying to prevent crime and reduce repeat offenders in Flagler County and to break the generational cycle that often occurs,” Staly said. “We recognize the opportunity that we have to provide programs that will impact inmates in a positive manner even while they are in the ‘Green Roof Inn.' It’s my goal to always return our inmates back into our community more stable and more prepared to make good choices so they can become productive members in our community and for their children. We also really appreciate our community volunteers that are making this inmate program possible without cost to the taxpayers.”

The InsideOut Dad® program is offered in addition to the S.T.R.I.D.E. (Skills, Transitional Support, Respect, Integrity, Direction and Employment) program that was launched in 2017 by Staly and Inmate Programs Director Quintieri.

There are currently fourteen inmates enrolled in the first InsideOut Dad® course, and graduation is tentatively scheduled for Oct. 28. Thereafter, the course will start again providing continuous opportunities for inmates to enroll in the program.

InsideOut Dad® is the nation's only evidence-based fatherhood program designed specifically for incarcerated fathers. InsideOut Dad® seeks to reduce recidivism by connecting fathers to their families, giving them a greater incentive to stay out of prison.

The curriculum has been used in over 400 facilities nationwide, and is having an impact on returns to prison. For more information, visit: https://www.fatherhood.org/.