Posted by Melissa Byers August 16, 2022
[Free Resources] Share the Success Sequence With Families You Serve
A few weeks ago, I posted a blog that highlighted the most recent findings on how the success sequence is effective for... END_OF_DOCUMENT_TOKEN_TO_BE_REPLACED
Posted by Christopher A. Brown August 9, 2022
Have Americans’ Attitudes About Stay-at-Home Dads Truly Changed?
Posted by National Fatherhood Initiative August 2, 2022
Parenting Styles – Which One is Best?

FOMO: The Opportunity to Serve Fathers You Might Have Missed 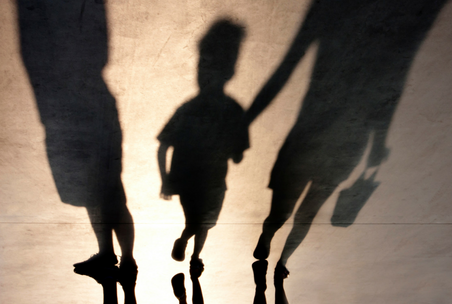 In my last blog post, I mentioned that National Fatherhood Initiative (NFI) emphasizes the positive impact for children when they grow up in a home with their two married parents. That post focused on how you can help children of divorce by helping their parents develop and maintain an amicable co-parenting relationship.

But the trend today in children growing up without their two married parents is not so much a case of divorce, such that most of these children live apart from the parent who is most likely to leave—the father. Rather, it’s a case of growing up in a home with their two cohabiting parents.

As a recent report issued by the Pew Research Center points out, the profile of unmarried parents in the U.S. has changed dramatically in recent decades. Consider these changes from 1968 to 2017.

That drop in solo mothers begs this question: What has caused that huge drop?

Before you read on, select your answer from the responses below.

That drop has been caused entirely by a dramatic rise in unmarried cohabiting parents.

As I pointed out in a previous post on the rapid rise in births to cohabiting mothers, this changing profile presents an opportunity hidden from the view of many service providers. The children of these unmarried parents live with their fathers. This group of fathers are much more likely to be motivated, for a number of reasons, to participate in a fatherhood program than are fathers who don’t live with their children, the latter group often the primary if not exclusive target of fatherhood programs. (Motivation differs, of course, based on the individual.) Moreover, they can be easier to recruit in the first place, such as through direct communication to them or the mother of their children, and through programs and services that serve any or all family members.

These fathers now represent 17 percent of all unmarried cohabiting parents, a statistical dead heat with the 18 percent of these parents who are mothers. Not only is there an opportunity to serve these fathers, there is a vital reason when it comes to their children.

Cohabitation is a risk factor for father absence. By serving these fathers, you will directly address a known risk factor, one that data suggest will continue to increase in prominence as more couples choose cohabitation as the primary living arrangement prior to or instead of marriage.

Are you aware of the hidden opportunity to serve cohabiting fathers?

Do you have recruitment tactics specifically designed to engage cohabiting fathers?