Posted by Christopher A. Brown January 31, 2023
The Value in Customizing a Fatherhood Program
There’s a lot of emphasis these days on implementing fatherhood programs with fidelity. Indeed, many funders of... END_OF_DOCUMENT_TOKEN_TO_BE_REPLACED
Posted by Ave Mulhern January 24, 2023
A Few of My Favorite Things… and they are FREE!
Posted by Christopher A. Brown January 17, 2023
How Father Involvement and Bi-Strategic Parenting Positively Affect Children’s Brain Development

Fundraising Video for Fatherhood Initiative Offers Lessons for Others 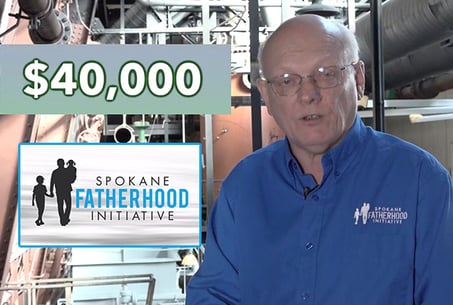 SpoFI is short for the Spokane Fatherhood Initiative, one of the most impressive father-serving efforts in the country.

Ever since National Fatherhood Initiative® (NFI) partnered with SpoFI to run our evidence-based 24/7 Dad®program, I’ve continued to be impressed with how the initiative and its fatherhood program has grown and pivoted during the pandemic. (SpoFI also runs NFI’s Fathering in 15TM and Understanding Dad TM programs. They’ve delivered 24/7 Dad® and Fathering in 15 TM virtually during the pandemic.)

How they’ve grown offers lessons for other father-serving efforts. Their latest set of lessons is on fundraising; specifically, how to create a virtual fundraising campaign anchored by a video. Before I share those lessons, watch the 27-minute video below. It’s well worth your time.

What lessons did you glean? Perhaps you gleaned the following lessons.

Have you considered launching a virtual fundraising campaign for your father-serving effort?

Did you glean other lessons from the video? If so, please email us at info@fatherhood.org so that we might consider updating this post to include those lessons. Include “Fundraising Video” in the subject line of your email.