Posted by Christopher A. Brown January 31, 2023
The Value in Customizing a Fatherhood Program
There’s a lot of emphasis these days on implementing fatherhood programs with fidelity. Indeed, many funders of... END_OF_DOCUMENT_TOKEN_TO_BE_REPLACED
Posted by Ave Mulhern January 24, 2023
A Few of My Favorite Things… and they are FREE!
Posted by Christopher A. Brown January 17, 2023
How Father Involvement and Bi-Strategic Parenting Positively Affect Children’s Brain Development

It’s time to celebrate the man who always knows just what to say...Happy Father's Day from Hotel Transylvania 2! This Fall, see what happens when "Vampa Drac" calls in his dad Vlad for backup! Check out the brand new trailer to see Drac, Johnny, Mavis, Dennis and all your favorite monsters on a whole new human-monster adventure! 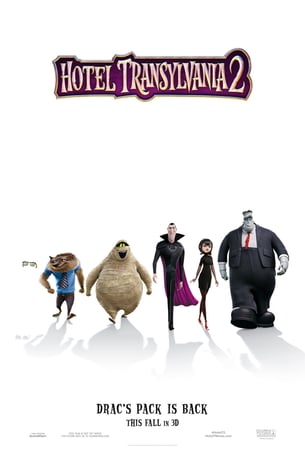 The Drac pack is back for an all-new monster comedy adventure in Sony Pictures Animation's Hotel Transylvania 2!

Everything seems to be changing for the better at Hotel Transylvania... Dracula’s rigid monster-only hotel policy has finally relaxed, opening up its doors to human guests.

But behind closed coffins, Drac is worried that his adorable half-human, half-vampire grandson, Dennis, isn’t showing signs of being a vampire. So while Mavis is busy visiting her human in-laws with Johnny – and in for a major cultural shock of her own – “Vampa” Drac enlists his friends Frank, Murray, Wayne and Griffin to put Dennis through a “monster-in-training” boot camp.

But little do they know that Drac’s grumpy and very old, old, old school dad Vlad is about to pay a family visit to the hotel. And when Vlad finds out that his great-grandson is not a pure blood – and humans are now welcome at Hotel Transylvania – things are going to get batty!

Get a Sneak Peek of Hotel Transylvania 2!

This film is not yet rated by the Motion Picture Association of America. For future rating information, please visit www.filmratings.com.