Posted by Christopher A. Brown May 17, 2022
Here’s What We Know About the Work of Federal Fatherhood Grantees
Have you ever wondered what the organizations that received federal funding to implement responsible fatherhood (RF)... END_OF_DOCUMENT_TOKEN_TO_BE_REPLACED
Posted by Ave Mulhern May 10, 2022
3 Ways to Keep Fatherhood Program Group Sessions Focused and on Track
Posted by Christopher A. Brown May 3, 2022
The Secret Sauce of Successful Fatherhood Groups

How Much Custody Time do Divorced Dads in Your State Receive? 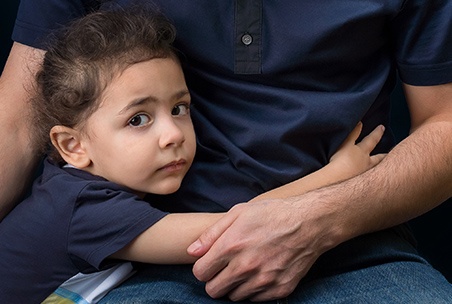 One of the most frequent complaints we’ve heard from dads through the years is that courts are biased toward awarding full custody to moms, regardless of the quality of parenting children receive from their dads and the absence of extenuating circumstances (e.g. domestic abuse). Even when dads get custody time, dads say, it’s often less than moms receive.

As with most contentious situations, it’s often helpful to take a step back and look at the big picture when it comes to custody awards. Very few custody decisions are left up to the courts. Depending on the source, only 5 to 10 percent of divorce cases—1 in 10 at most—wind up in court. Most parents are able to resolve custody amicably by themselves or through the help of a mediator.

Nevertheless, is it true? Are courts, generally speaking, biased against dads? With 25 states considering “shared parenting” legislation in 2017, a recent study on the proportion of dads awarded custody in each state sheds some light on whether courts do, in fact, award more custody time to moms, and how much this legislation has the potential to level the playing field for dads.

If you’re not familiar with the term “shared parenting,” it refers to a legal presumption that children fare best when raised by both parents. As a consequence, child custody law, according to a 2014 review article from the law school at Hofstra University, has shifted from a “rule of one” presumption, in which courts considered it in the best interest of children to live with the one best parent, toward shared parenting, thus establishing “frequent and continuing contact provided by each parent” as the norm.

So, how often does your state award custody to dads? If you don’t know, you’re certainly not alone. The aforementioned study is the first to attempt to provide you with an answer.

What might surprise you is that there is a trend toward not just shared parenting but equal parenting, despite the fact that only one state has enacted equal parenting legislation. While nationwide dads receive only 35 percent custody time, some 20 states give dads 50 percent time. Swing states lead the charge toward shared and equal parenting followed by Democratic states. Republican states are the least favorable toward either shared or equal parenting. For a detailed description of the study’s methodology, including its limitations, click here.

What do the divorced dads you serve have to say about the amount of custody time they have with their children?

Do you know whether your state has enacted or is considering enacting shared or equal parenting legislation?