Posted by Christopher A. Brown January 31, 2023
The Value in Customizing a Fatherhood Program
There’s a lot of emphasis these days on implementing fatherhood programs with fidelity. Indeed, many funders of... END_OF_DOCUMENT_TOKEN_TO_BE_REPLACED
Posted by Ave Mulhern January 24, 2023
A Few of My Favorite Things… and they are FREE!
Posted by Christopher A. Brown January 17, 2023
How Father Involvement and Bi-Strategic Parenting Positively Affect Children’s Brain Development

How to Help Dads to Help Their Kids Avoid ACEs 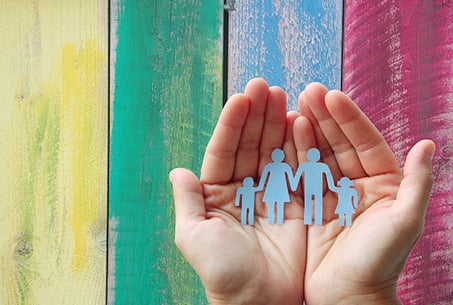 Have you heard the term “adverse childhood experience?”

Now that you know what ACEs are, does your work with dads involve helping them to heal from their own ACEs? Whether or not you have done that intentionally, you might help them to heal indirectly through, for example, processing the impact of the relationship with their own dad who was abusive or incarcerated.

Recent research offers a new model that you can use to expand your work in that way. This model is called the Intergenerational and Cumulative Adverse and Resilient Experiences (ICARE) model. It includes the 10 types of ACEs and, most importantly, adds 10 protective and compensatory experiences (PACEs) that build resilience in children. Those PACEs hold the key to helping dads to prevent ACEs in their children.

Before you read on, take a moment to re-read that list. Think about which of the 10 PACEs dads can build right now regardless of their children’s ages and which they might need to build over time as their children age. (If a dad has an infant, for example, he can wait to ensure his child had a mentor and a hobby!)

Give yourself a gold star if you identified unconditional love from caregivers (e.g. dad, mom, and other relatives), living in a safe and clean home with enough food, engaging in regular physical activity, and having family routines and consistent rules as the PACEs you can help dads to implement right now. Depending on their children’s ages, dads might also be able to implement the some or all of the others right now or build some or all of the others as their children grow.

I want you to re-read the list of PACEs again. This time, identify the PACE that’s the most vital one—the PACE that offers the most protection.

Give yourself another gold star if you identified unconditional love from caregivers. Think of it as the foundational PACE that dads should ensure their children have.  Simply by helping dads to be the best dads possible, you’re well on your way to helping them put the PACEs in place for their children.

I encourage you to create a plan to proactively introduce dads to the PACEs. Assess your current work with dads to identify how and when you will introduce the PACEs. You might find that there is a natural place to discuss them with dads. If you run a group-based fatherhood program that addresses child development, for example, that would be an ideal time to introduce the PACEs. (If you run the 24/7 Dad® A.M. program of National Fatherhood Initiative®, an ideal time would be during Session 8: Children’s Growth.) You could create a worksheet that would help each dad identify:

If the dads you work with have children of different ages, give them a worksheet for each child so that their approach to putting the PACEs in place are age-appropriate.

To learn more about ACEs and how they impact children and work with dads, I encourage you to read this post on divorce or separation from a parent, this post on domestic violence, and this post on having an incarcerated dad.

Does your work with dads directly or indirectly address ACEs?

How can you help dads to put the PACEs in place to build resilience in their children?