Posted by Christopher A. Brown February 23, 2021
How Fatherhood Programs Can Get into the 2Gen Game
One the most recent and fastest-growing efforts to strengthen families are two-generation (2Gen) programs and... END_OF_DOCUMENT_TOKEN_TO_BE_REPLACED
Posted by National Fatherhood Initiative February 16, 2021
After jail: DeAndre McCall's fatherhood awakening
Posted by Christopher A. Brown February 9, 2021
What 713 Dads Say About InsideOut Dad® Provides Further Evidence for Its Effectiveness

The Problem of Incarceration for America's Children [Infographic] 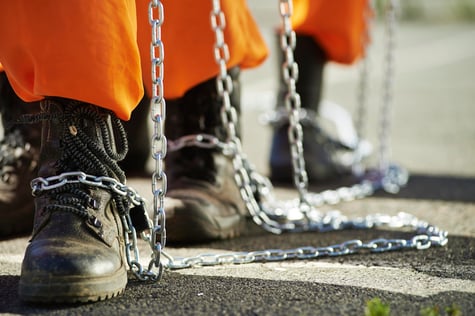 There are 2.7 million children with a parent in prison or jail. Ninety-two percent (92%) of parents in prison are fathers.

It's clear we have a problem. But we also have a solution.

When we talk about father absence in general, we focus on the U.S. Census Bureau's statistic that 24 million children—one out of three—live without their dad in the home. Consequently, there is a “father factor” in nearly all of the societal issues facing America today.

We must take action to raise up more involved, responsible, and committed fathers. And that includes fathers who are currently (or formerly) incarcerated.

To help you better understand and share this message, we created a simple yet powerful infographic outlining the problem and solution for America's children due to fathers behind bars.

The Facts [The Problem for America's Children]

The Solution for America's Children

It's time for a solution that's cost effective for taxpayers and facilities: Give incarcerated fathers the training they need to connect with their families and children prior to release.

Be a Part of The Solution.

Partner with or volunteer in your local jail or prison to offer InsideOut® Dad program to the inmates.

It costs an average of $29,000 per year to incarcerate a parent. The InsideOut Dad® program costs $600 for the first 10 fathers, then sustained at only $10 per father.