Posted by Christopher A. Brown January 31, 2023
The Value in Customizing a Fatherhood Program
There’s a lot of emphasis these days on implementing fatherhood programs with fidelity. Indeed, many funders of... END_OF_DOCUMENT_TOKEN_TO_BE_REPLACED
Posted by Ave Mulhern January 24, 2023
A Few of My Favorite Things… and they are FREE!
Posted by Christopher A. Brown January 17, 2023
How Father Involvement and Bi-Strategic Parenting Positively Affect Children’s Brain Development

Is it the Will? Or is it the Skill? 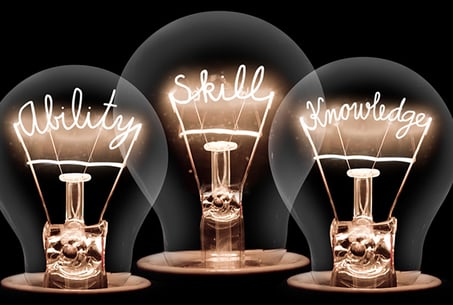 Did you know August is Child Support Enforcement Month? Many people have varying thoughts and comments about the topic of child support, and being in the field of fatherhood work, it’s certainly a recurring topic. You may have also heard the rhetorical question about fathers, “Are they dead beat or dead broke?”.

I venture to reframe that question and ask, is it “the will” or “the skill”?

In 2017 a local prosecutor in Child Support Court in Wilmington, Ohio was seeing many dads coming through the court, some in defiance, but mostly in despair, and feeling hopeless. They were struggling to be able to support (or even just see) their child, lacking the skill to deal with the legal system or employment issues and to manage a fractured relationship with the mother of the child.

What the prosecutor often saw in these dads was not their lack of “the will” to be involved (most had a will to do right by their child), but they lacked “the skill” to navigate the legal system, mom and/or other family relationships, and their financial and employment issues. Many had made mistakes, but each thing piled up like a brick wall between them and their child. To make matters worse, the court and Job & Family Services had a large staff, but only 3 staff were male! So right off the start, the dads felt like they were in the enemy camp.

So, what to do about it?

The prosecutor went to her colleagues, local prosecutors and child support enforcement staff, and established a steering committee. What would be the priority? To get dads to understand their value (they are more than a paycheck) and get them the skills to improve relationships with their child(ren), the mom, and even an employer.

The committee applied for and obtained a small seed money grant of $10,000 which allowed the Clinton County Job & Family Services (JFS) to bring in a part time, committed contractor: Dave Hinman with DADZ Initiative.

Dave scoured the internet looking for something to fit the needs of their program, and selected NFI’s Fathering in 15™ resource. It’s not only flexible, but affordable ($199 per year) with unlimited access for the dads to the resource. Knowing these guys would not likely be able to commit to a lengthy, weekly program or desire to join a group, Fathering in 15™ could ‘go TO them or WITH them’.

In case you’re not familiar, Fathering in 15™ is NFI’s interactive, subscription-based, online tool that organizations can use to help build the skills of dads anytime, anywhere. Fathering in 15™ takes dads through 15 interactive and engaging topics, each in 15 minutes.

Here is how it worked for Dave and JFS. Initially JFS employees working at child support enforcement would refer the dads to Dave. Later, the court began referring dads to the various resources JFS could offer. If the dad contacted Dave, (Step #1) Dave would set up an appointment to meet with the dad at JFS.  Step #2 would be for the dad to show up in person to the JFS “Institute”. When they met, Dave would explain an “Action Plan”. He would encourage the dad by telling him that he completed step #1 and step #2 and is now 1/3 the way through his action plan!

During that face to face visit, Dave showed the dads how to use Fathering in 15™. Dave helps the dads using a cell phone, tablet, PC, whatever. The dads are told they have 90 days to complete the 15 sessions. Dave tells them, “If you are sitting in the car or in a waiting room, you can access Fathering in 15™”.

And here’s the important part: Dave makes himself available to the dads, meeting them for coffee, at a restaurant, or over the phone. Each time they meet, the focus is on how things are going and they discuss where the dad is at with the Fathering in 15™ sessions. One dad met with Dave 19 times!

When all of the Fathering in 15™ sessions are complete, they meet with Dave to complete what they call the Fathering in 15™ skills validation assessment (or post survey) which is provided to the dad in a hard copy.  Several of the dads did not ‘pass’ the assessment the first time but during that visit, Dave reviews the areas they missed to make sure they understand and can confidently retake the survey. Once complete, Dave presents the dad with a Certificate, a $50 Walmart Gift Card, and a hand shake.

After going through Fathering in 15™, one of the dads commented that he “never realized what the mom felt”, and another now gets to see his kids, is employed, and is in a working relationship with his wife.

Sadly, the seed grant was not renewed, but the seeds have been planted and will bloom elsewhere. Dave continues to keep in touch with JFS and the courts and the dads, and he hopes to continue this important fatherhood work in partnership with the New Life Clinic in downtown, Wilmington. Wherever Dave is doing work with dads, he will take Fathering in 15™ with him and continue to help dads with “the will” by helping them learn “the skill” too… 15 minutes at a time!