Posted by National Fatherhood Initiative May 24, 2022
The State of Moms and Dads in America (2022)
This article is written by Mike P. Taylor and was originally published at the Dad Well Done. It is republished here... END_OF_DOCUMENT_TOKEN_TO_BE_REPLACED
Posted by Christopher A. Brown May 17, 2022
Here’s What We Know About the Work of Federal Fatherhood Grantees
Posted by Ave Mulhern May 10, 2022
3 Ways to Keep Fatherhood Program Group Sessions Focused and on Track

The How and Why Behind Never Giving Up Hope

Dads and moms aren't perfect. But, if mom understands the importance of involving dad, she will understand that she herself - is a vital factor in connecting father to child. The following story reveals exactly this... 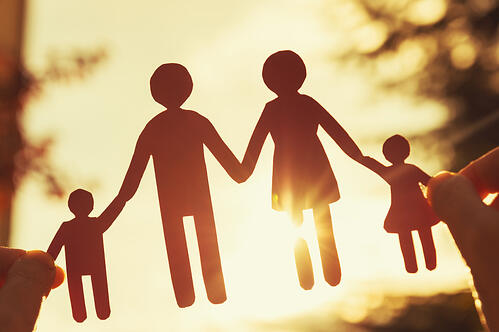 Jamal recently emailed me with his story of becoming a father overnight...

It’s been eight years since my daughter has come into my life. I say “come into,” because I was not present when she was born. In fact, I didn’t even know that I had a child. Let me explain. I dated my daughter’s mother the spring/summer of 2005 and the relationship ended in the fall of 2005. We did not speak or communicate for months after the break up. During this period of time, I decided to focus on improving my life, so I re-enrolled myself in college to complete my degree. I picked a temp-to hire position with a company with the hopes of working there full time after completing my education. I lived at home with my mother, made very little money, and the only responsibility I had was to myself.

The summer of 2006 rolls around and I’m continuing to stay focused on my goals working during the day and going to school at night. One night, I saw a news report which mentioned my ex's name and connected her in some way to an abandoned baby. Feeling a sense of urgency to see if my ex was okay, I immediately called her and we spoke briefly. In my mind I started to count back the months that she and I had been intimate, and it had been almost exactly nine months. So I asked her if the abandoned baby was my child. I was told no, and to stay out of it.

I just knew I had to know
the truth for me.

After hanging up the phone, you would think I would feel relief, but I did not. My heart was heavy and I could not shake the fact that this abandoned child could indeed be my child. Up to this day, I don’t know what compelled me to investigate further to find the truth. I just knew I had to know the truth for me. I contacted detectives working the case and was given instructions to contact a local children’s organization to take a DNA test. The test was taken on July 17th. I waited for about a week for the results, and the wait seemed like an eternity. Finally the day had come. It was July 21st. I was at work sitting at my desk. An email appeared from children’s of youth organization, with subject line titled paternity test. I opened the email and it turned out I was the father.

My life had changed overnight.
I was a father to a precious little girl.

In that moment I felt a whirlwind of feelings: anger, confusion, fear, happiness, excitement, anxiousness - probably ever emotion imaginable. My phone had been ringing off the hook but I could not speak to anyone. I cried at my desk and sat still. My life had changed overnight. I was a father to a precious little girl. Not too long after, I received a follow up call from the children's organization and they only had one question: ”Do you want custody of your daughter?” Without hesitation, I said "Yes." After going through the process and a series of legal events, I was granted custody of my daughter and was given the right to name her. On that day of August 1st, I held my daughter for the first time. I knew then, that everything that I was had to change, and it was step up time for sure.

It has been 8 years now.

It’s been 8 years now and we are still going strong. Being immersed in the joys and responsibility of fatherhood, I had not opened up publicly about my side of this experience. I now feel an obligation to come forward and talk about my experience with the hopes to inspire others, not just in the arena of parenting but in life to go for what you believe in, even when the odds are stacked against you. If my daughter ever gets a chance to read this, I want her to know that I never gave up on her and never will. I hope my belief in my daughter will inspire her to go forward and believe in her own self and dreams. Becoming a father has taught me so much about life and myself. My daughter has been a teacher to me as I am to her. While I am blessed and proud to be her father, I realize that the victory and glory is not mine, but God’s, as it was his divine plan in the beginning.

Becoming a father has taught me
so much about life and myself.

While this situation isn't easy; sadly, it's not unique. Marriage is difficult. Parenting is difficult. Having a baby is a uniquely difficult time in the life of mom and dad. But, we must remember that it is vital to the baby, that both mom AND dad be involved before and after pregnancy. We know from research that a dad's involvement is vital to a child's well-being.

We at NFI spend a lot of our time creating tip cards, brochures, and pocket guides to help dads and moms understand these very facts - and as I read Jamal's story, I saw the pieces falling into place. There are so many benefits for everyone involved when mom helps to ensure dad is involved from the start:

Let Jamal's story encourage and remind you that everyone wins when a child has an involved dad. Oh, and, it's never too late to start being involved.

How involved was your dad? How did his involvement or non-involvement affect you?

Note: the story above was submitted solely by Jamal and does not reflect any opinions from NFI.