Posted by Christopher A. Brown June 28, 2022
Teach Dads These 3 Qualities of Successful Fathering
“Habits may be the smallest units of transformation, but they’re also the most fundamental. They are the first... END_OF_DOCUMENT_TOKEN_TO_BE_REPLACED
Posted by Ave Mulhern June 22, 2022
24/7 Dad® - Worth the Wait
Posted by National Fatherhood Initiative June 16, 2022
[Father’s Day Special] The CHI Podcast featuring NFI President Christopher A. Brown: Why Dads Matter

San Diego Is Getting Fatherhood: What Happens When 120+ Fathers Become Trained Dads

We know fatherhood changes everything. And we've changed fatherhood in our 20 years of operation. This post is one example of what we mean. I recently talked with three incredible folks who are training fathers in San Diego, California. This group uses our 24/7 Dad® program to train dads. Here's how they are changing fatherhood in their community.

Lead by Daphyne Watson, Executive Director of Mental Health America, she, Andre Jones and Aaron Wooten are changing the lives of dads in San Diego. They call their fatherhood program Father2Child, and one thing I noticed in the first few minutes of my call with Aaron and Andre was how highly they spoke of Daphyne.

Daphyne has vision. She is the woman who saw that not only was something broken in her community, but that fatherhood specifically, was the necessary repair. She pulled Aaron and Andre together because she saw the need for training more dads to be better dads. Daphyne gets fatherhood; and thanks to her work, she's helping San Diego get fatherhood.

Watch this video to see the remarkeable results of their fatherhood program in action (visit here to get details on the song in this video).

What's Father2Child doing in San Diego?
Over the last three years, they have organized over 120 dads using NFI's 12-week 24/7 Dad® program to teach dads how to be great dads. From the 120-plus dads, many have reported learning:

It's important to mention that Father2Child's 24/7 Dad® class didn't start with 120 dads. Their first group meeting had just seven dads, and with each additional week, more men joined. In the end, that first group graduated a class of 15-20 dads!

The first graduation ceremony as a platform to promote the next group. In three years, they grew their footprint such that 120 dads have since graduated from the program!

Watch the video close and you'll find, Aaron Wooten (Father2Child Project Director), as he speaks to a graduating class of dads. Listen as he tells the newly-trained dads, "Andre and I, we work as guides, but the people that really move the process of change are the men (graduates) on this stage." 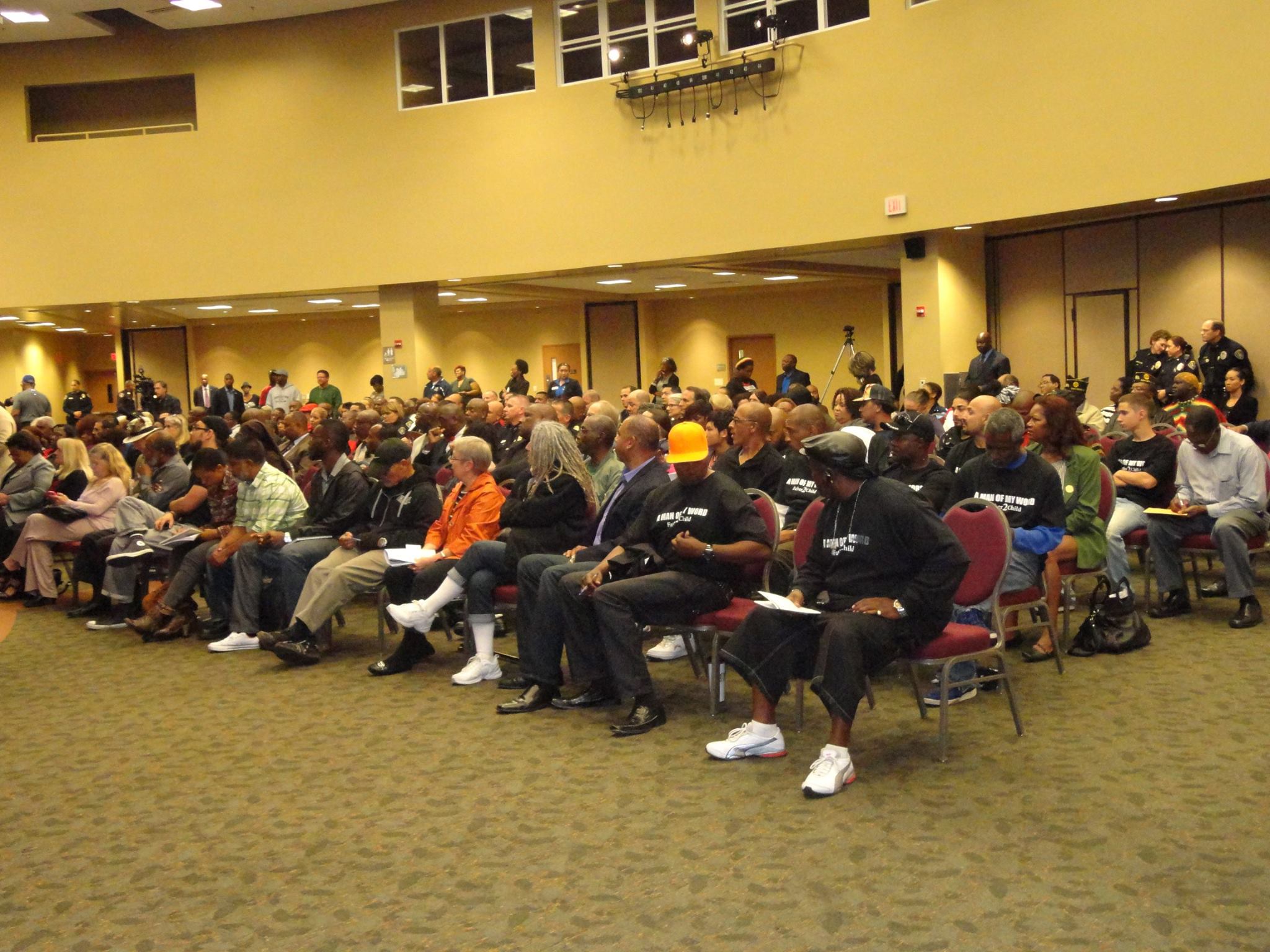 What do the men cover in the program?
Howard Tayari (24/7 Dad® graduate) describes the 12-week program and points out, "it takes you through life skills, communication skills, parenting skills, behavior skills and it breaks down that barrier...allowing men to talk one on one with another man."

Howard is in the video as well. At the end he was asked how he would describe the program. He replies, "If I had to rate this program [24/7 Dad®], one word "priceless." It's absolutely priceless. I would say that every father, potential father and anyone thinking about being a father should be a part of this program."

I asked Daphyne, Aaron, and Andre a few more questions about leading the 24/7 Dad® program:

What's the toughest part of what you do with the men, as leaders?
Recruiting men to attend the program is one of the biggest challenges. Andre pointed out what we know, men aren't typically great at saying, "I need help." Often, it's the opposite; we say, "I don't need help."

Aaron makes clear, "If they can ever get that dad to attend the first class, and understand that it's more that just a parenting class, more than just about learning to be a better dad, it's about becoming a better human." Then they have something.

Why do Aaron and Andre work with fathers?
When asked, Aaron said he was dedicated to fathers because he, "saw too many men meet their dads on a prison yard." And this is in fact true - there is an intergenerational cycle of incarceration among men.

Andre explained his motivation to work with fathers saying, "As men, we will hold other men accountable for all kinds of things from cars to clothes, but we don't hold each other accountable as dads."

Daphyne quickly pointed out the generational component she's seeing from the dads who attend, "Some are new dads, some men are raising grand kids, but there's a real connection and support, the program opens the process of healing."

What's one of their most memorable stories from the program?
A retired police officer helped a young boy from being a criminal, to now the sheriff recently helped him get his driver's license. They add, "when you see a father say, 'this isn't about me, it's about my child,' that's a dad who gets it."

Andre and Aaron have seen men attend the classes who have never had a good example of a dad. Those same men have now learned how to be a dad...how to be a better man.

How do you know you're making a difference?
Aaron and Andre point out that they, "are doing something that makes real-life change in people. We see it. And they keep coming back. So we know that it works!"

Watch the video created by Father2Child. Be inspired to change fatherhood like Aaron, Andre, Daphyne, and these graduating dads. As you watch, remember that NFI can also help your organization to train dads by providing the tools you need to be effective in changing lives of children, fathers, and families.

Thinking of starting a fatherhood program?
Get our free guide to learn how to start and be successful.